To be very frank, an animal’s main tool of defense is the teeth that they sustain. Adding on to the consequences of attacks on humans by animals over teeth sequels, not all of them are life-threatening. Most of the animals generally rely completely on their teeth for life. Additionally, there could be more animals out there with much stronger and dangerous teeth. But, we have come with the real-life consequences of animal attacks on humans and other animals just implying on teeth. Here, we have listed the 6 animals with the deadliest teeth whose each tooth basically can resemble the strength of iron.

The Great white shark happens to be deadliest sea animal of all time due to their unimaginable teeth. Also considered as a “killer whale”, the sea animal is accounted as the largest flesh-eating animal in the world. Too interesting to know that the white sharks newly grow their teeth every eight months like reload of ammo of a machine gun. Additionally, they are known to hunt almost across all the oceans available. 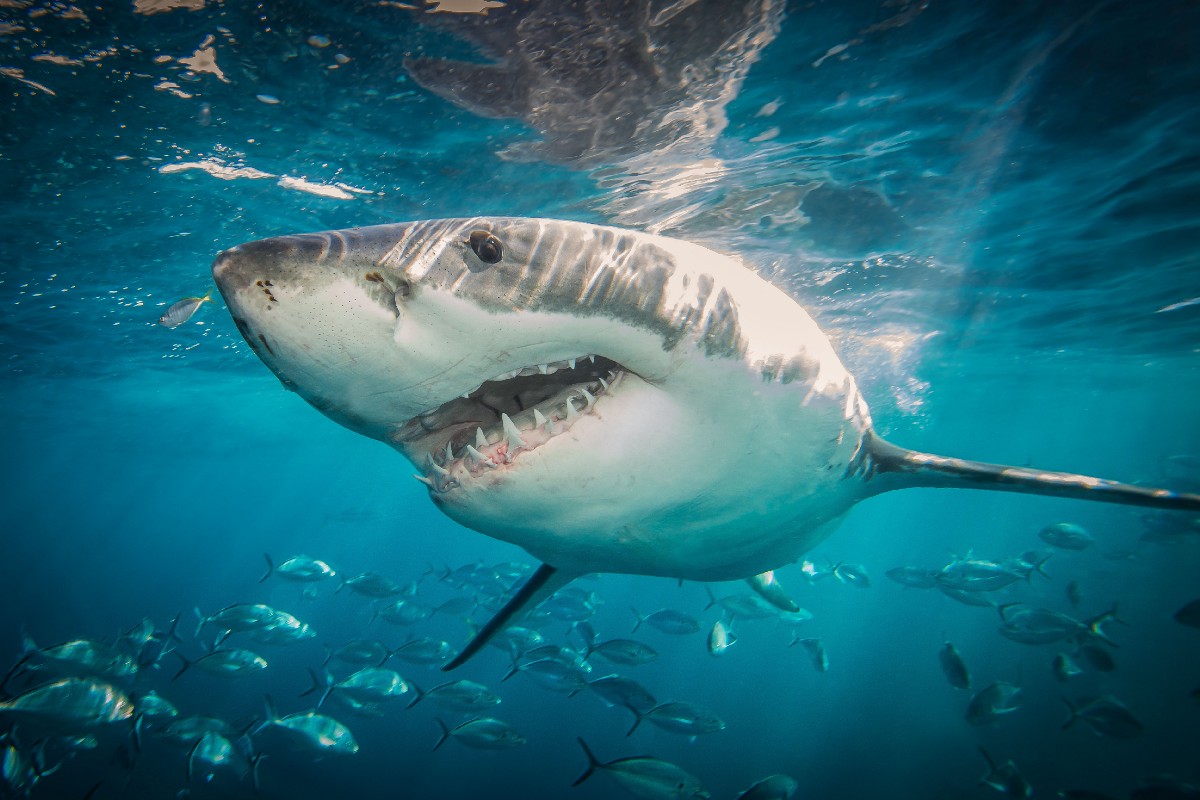 Now, considering fishes would be an obvious thought as most of them consist of sharp teeth. But, if you are very keen about the teeth that payara holds then you are going to experience one of the deadliest teeth in the world. Payara is basically found in the tropical regions of South America in the Amazon Basin. An adult can grow to a size of 30 centimeters.

Payaras are generally very aggressive and are not suitable for the hybrid aquarium. Therefore, they should be placed along with sizes bigger than them to avoid the others from being gulped. 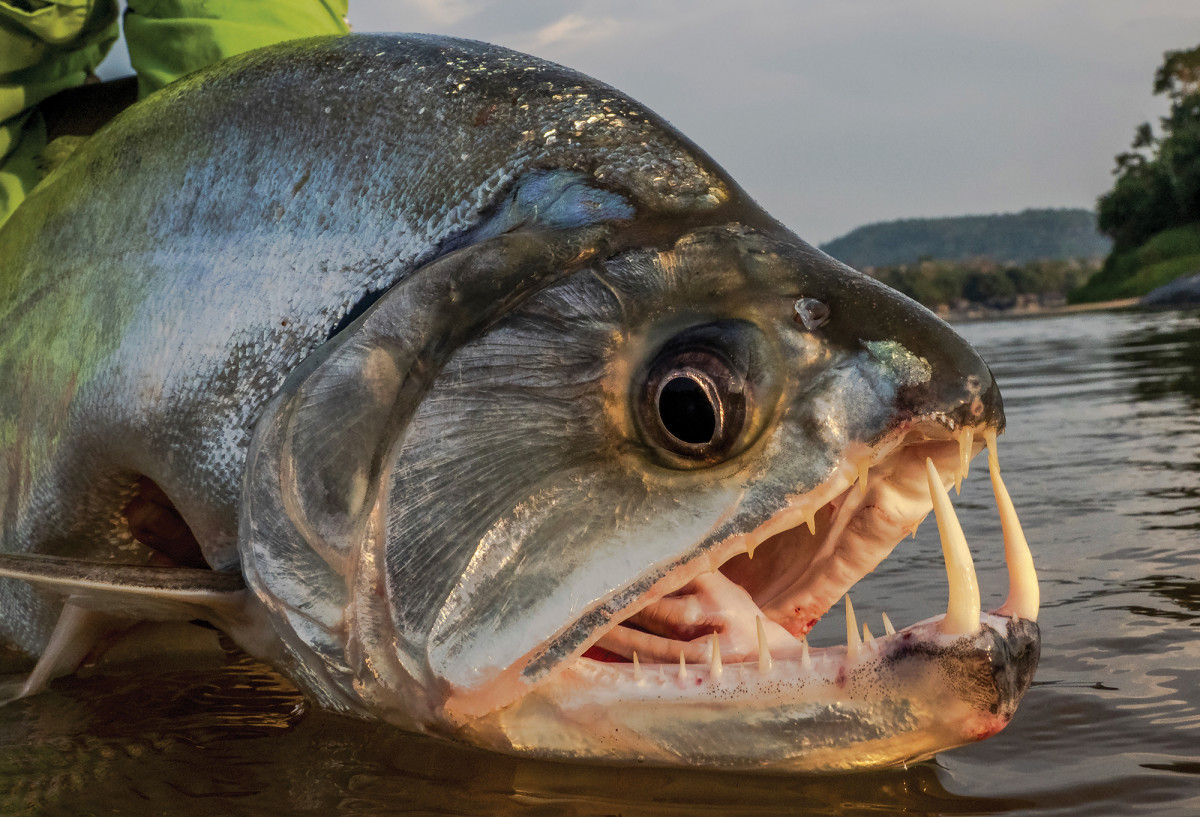 Most famously, the piranhas are very much recognized to be dangerous only after we saw them coming on films. Piranhas are considered on the list of most dangerous fish in the world, due to their creepy jaws. Their teeth and powerful jaw is as much comparable to a cutting machine. Furthermore, the teeth are typically triangle and razor-like shape, which makes it easy for them to cut apart anything on its way. These razor-like teeth are formed along the jaws in a row that helps them in rapid punctures. 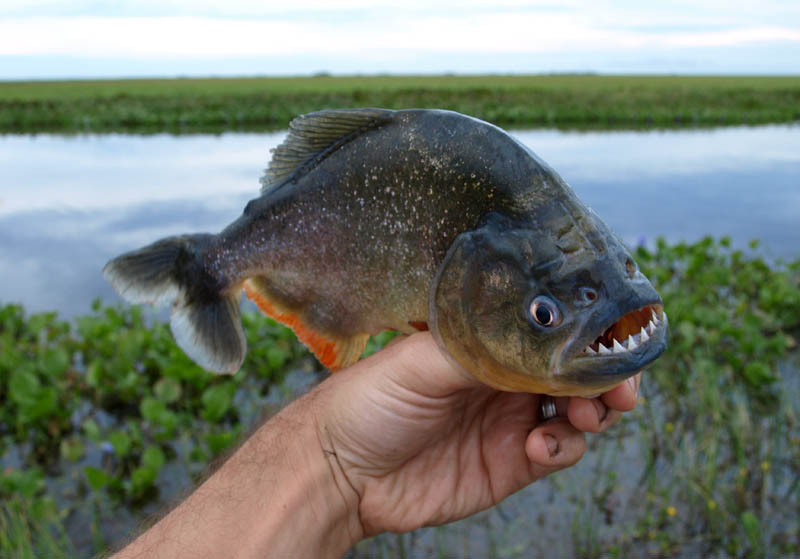 The gaboon viper happens to be the only snake species on this list. But, logically you may think the snakes with fangs are just for the reason to inject the venom on prey! Of course, they are injecting the venom, but while they are injecting, the pain is something to be noted. The Gaboon vipers have the longest fangs of any venomous snake at a length of 2.2 inches. As previously said, the snake’s bite can be one of the most painful animal bites. 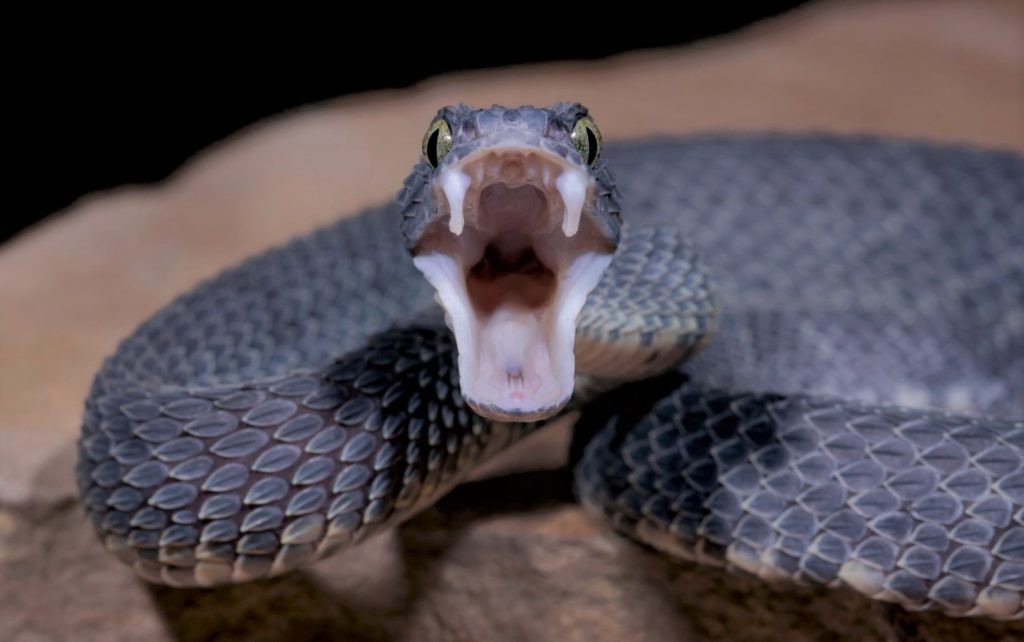 Obvious to the fact that the jaws of tigers are amazingly strong. But, if you consider among the tigers, the Bengal tiger surpasses the strength they accumulate in their teeth. Additionally, they are accounted to be one of the most dangerous and biggest wildcats in the world. The teeth are very fat and rotund that are capable enough to pierce any flesh out. Also recognized as “Royal Bengal Tiger”, the Bengal tigers are majorly distributed in parts of India, Bangladesh, and Nepal. 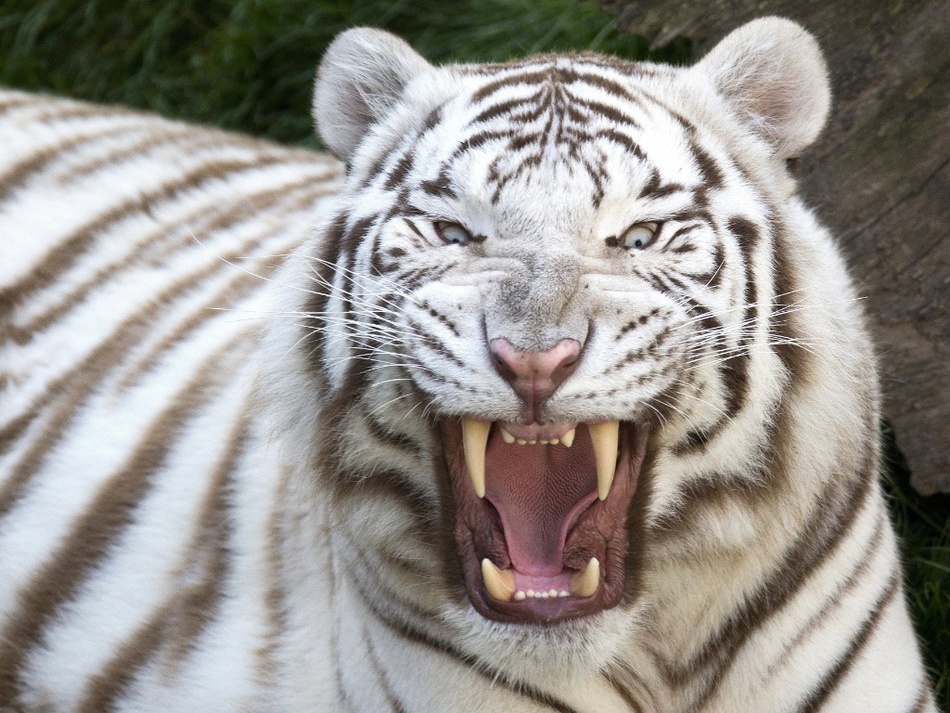 Nile crocodile is a powerful animal residing majorly in the freshwater of Africa. Out of all the crocs out there, the Nile crocodile is much extended in terms of strength as they possess powerful jaws. Additionally, they are very aggressive by nature, which consists of incredible armory scales. While focusing their teeth as we proceed, the Nile crocodiles consist of teeth that are conical and sharp. Further, these teeth along their jaws are much capable enough to pierce the prey’s flesh with no hassle. Intelligently, they tend to use their sharp teeth and powerful jaws to topple their rivalries underwater easily. 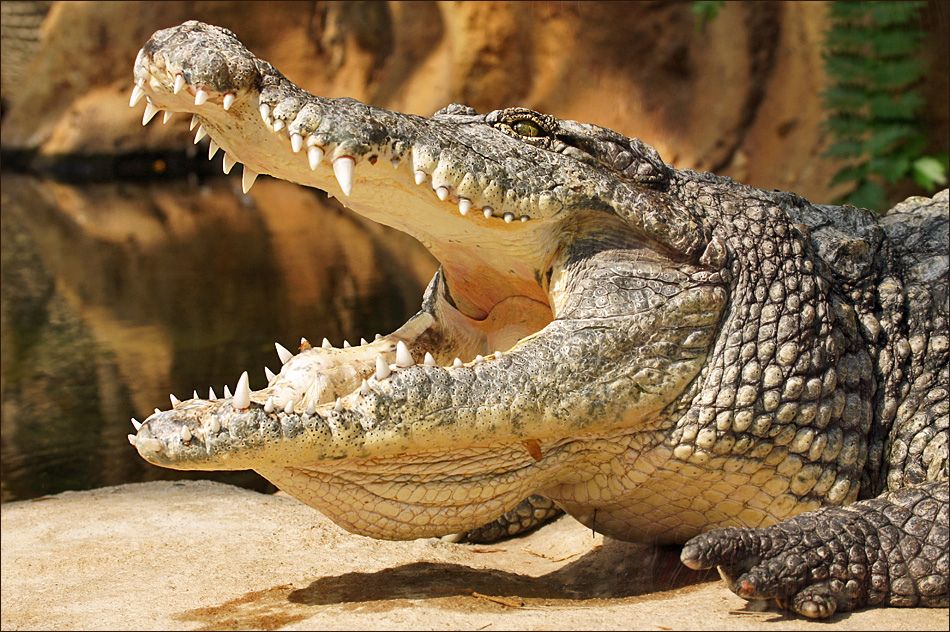