The gerenuk, also known as the Waller’s gazelle, is a long-necked species of antelope, found in habitats with woody vegetation, especially dry, flat thornbush and thickets. It avoids very dense woodlands and very open habitats. Founded in Eastern Africa, Gerenuks have a relatively small head for their body, but their eyes and ears are proportionately large. Only the males have horns and they also have a more muscular neck than females. Both sexes have ruddy brown coats with a paler underbelly. They have short, black tipped tails. 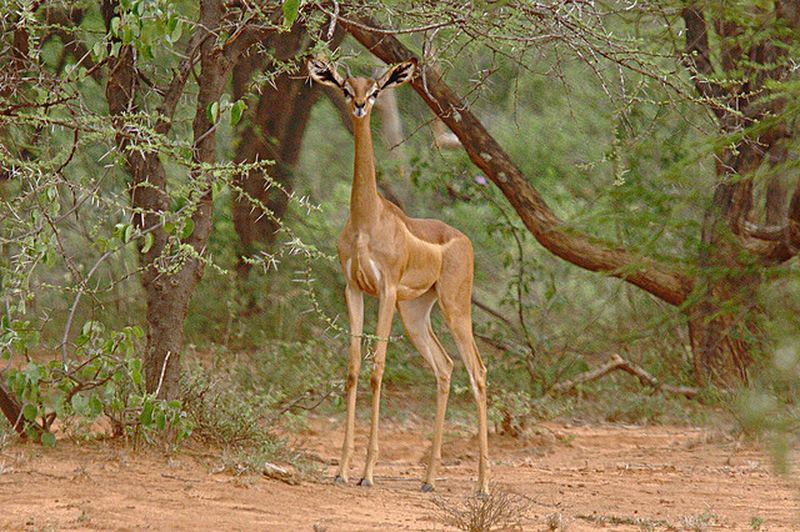 The Amazonian Royal Flycatcher is a passerine bird of the tyrant flycatcher family. They are found in forest and woodland throughout most of the Amazon basin. Considered to be of Least Concern by BirdLife International, they are typically found in low densities, but overall remains widespread and common. They are about 6 1/2 inches in length and like to dart out from branches to catch flying insects or pluck them from leaves. 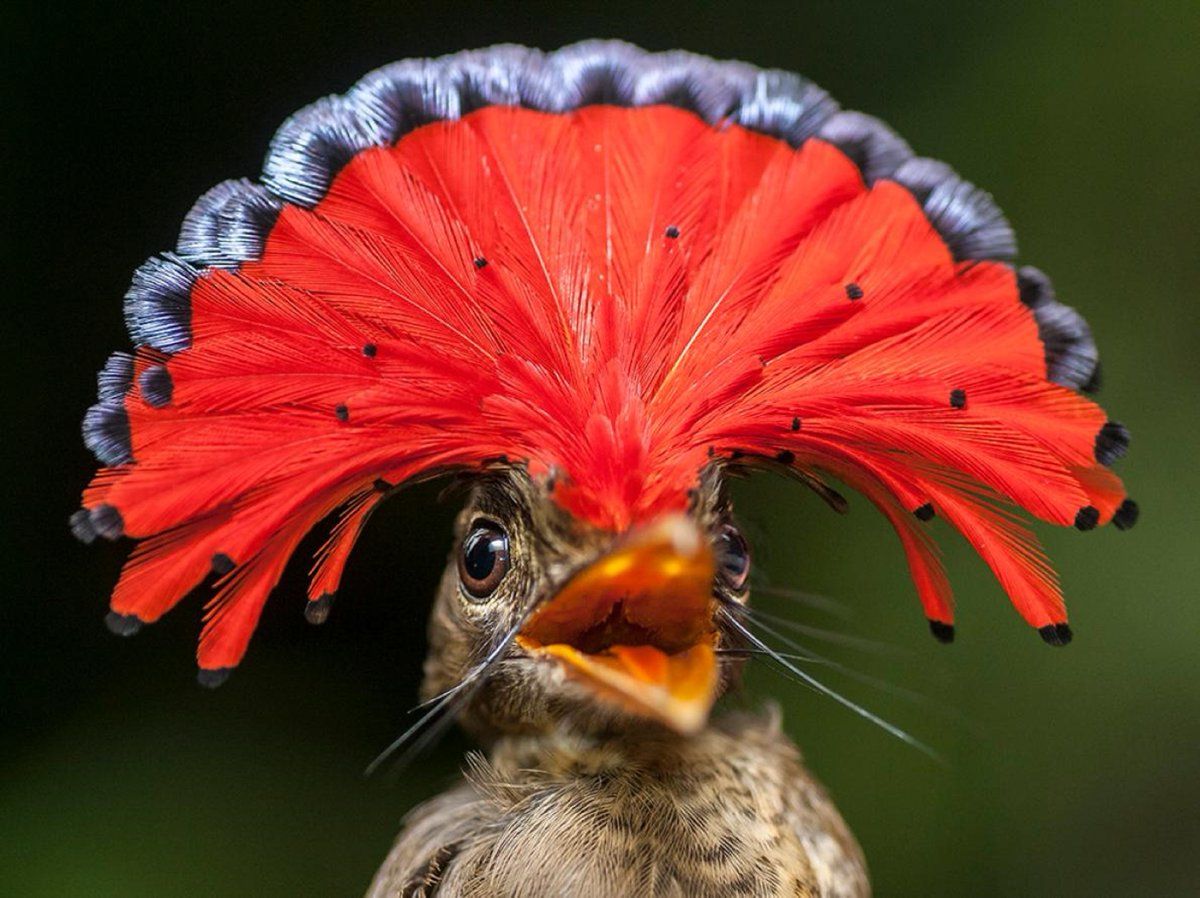 It’s not actually a lemur and does not fly. Instead, it glides as it leaps among trees. It is strictly arboreal, is active at night, and feeds on soft plant parts such as young leaves, shoots, flowers, and fruits. The Sunda flying lemur is a skillful climber, but is helpless when on the ground. It is found throughout Southeast Asia in Indonesia, Thailand, Malaysia, and Singapore. 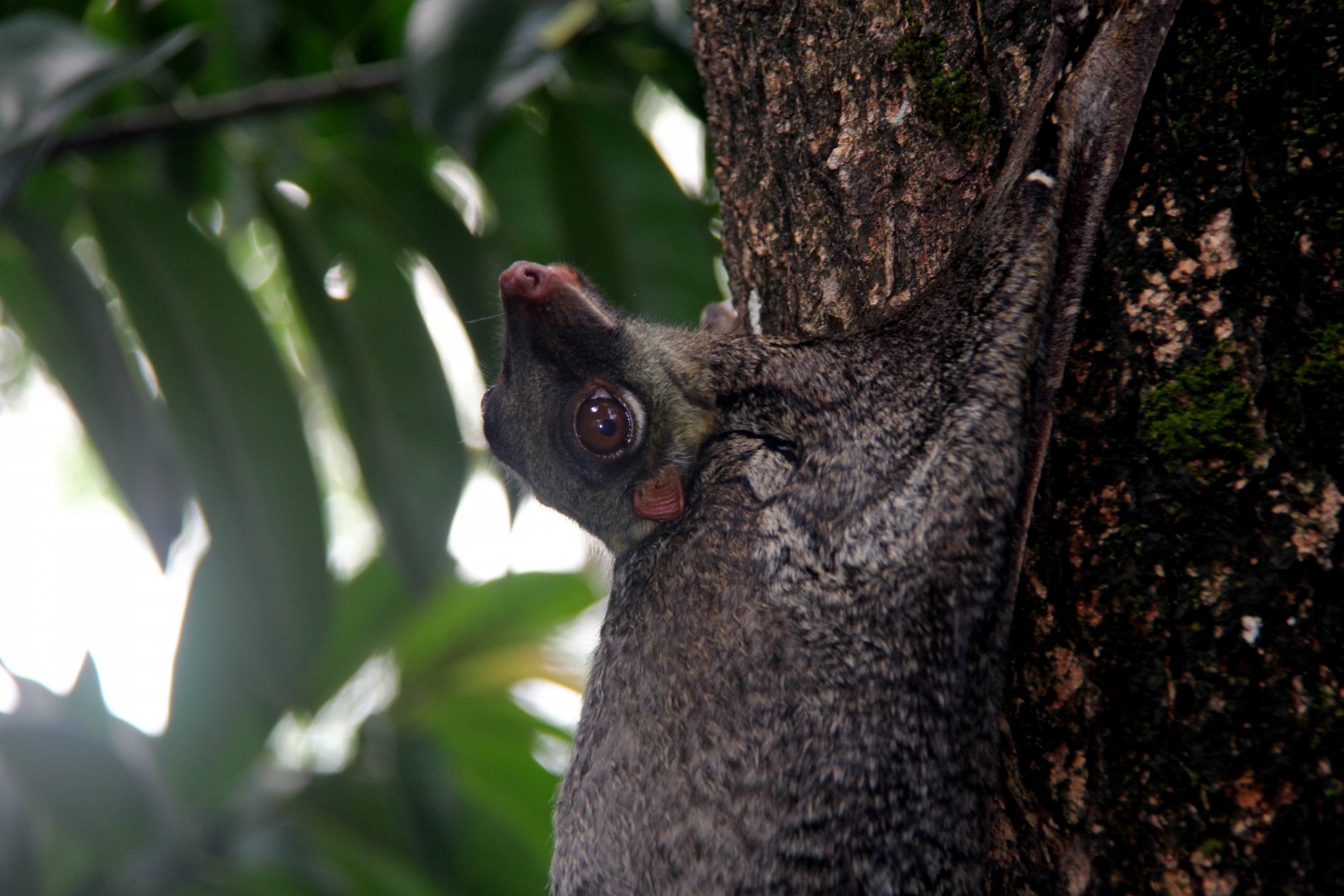 The zebra duiker is a small antelope found in the Ivory Coast and other parts of Africa. They have gold or red-brown coats with distinctive zebra-like stripes, dark markings on their upper legs, and russet faces. They grow to 90 cm in length, 45 cm in height, and 20 kg in weight. Their prong-like horns are about 4.5 cm long in males, and half that in females. They live in lowland rainforests and mostly eat leaves and fruit. Ranked as one of the most strange animals in the world. 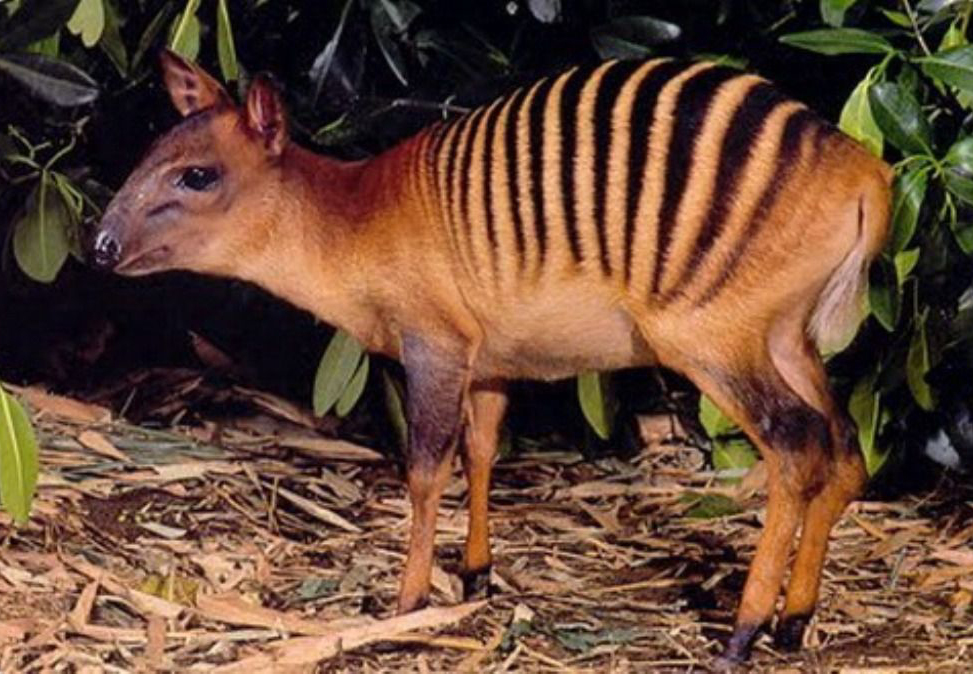 The Silkie is a breed of chicken named for its atypically fluffy plumage, which is said to feel like silk. The breed has several other unusual qualities, such as black skin, flesh, and bones, blue earlobes, and five toes on each foot, whereas most chickens only have four. They are often exhibited in poultry shows, and appear in various colors. 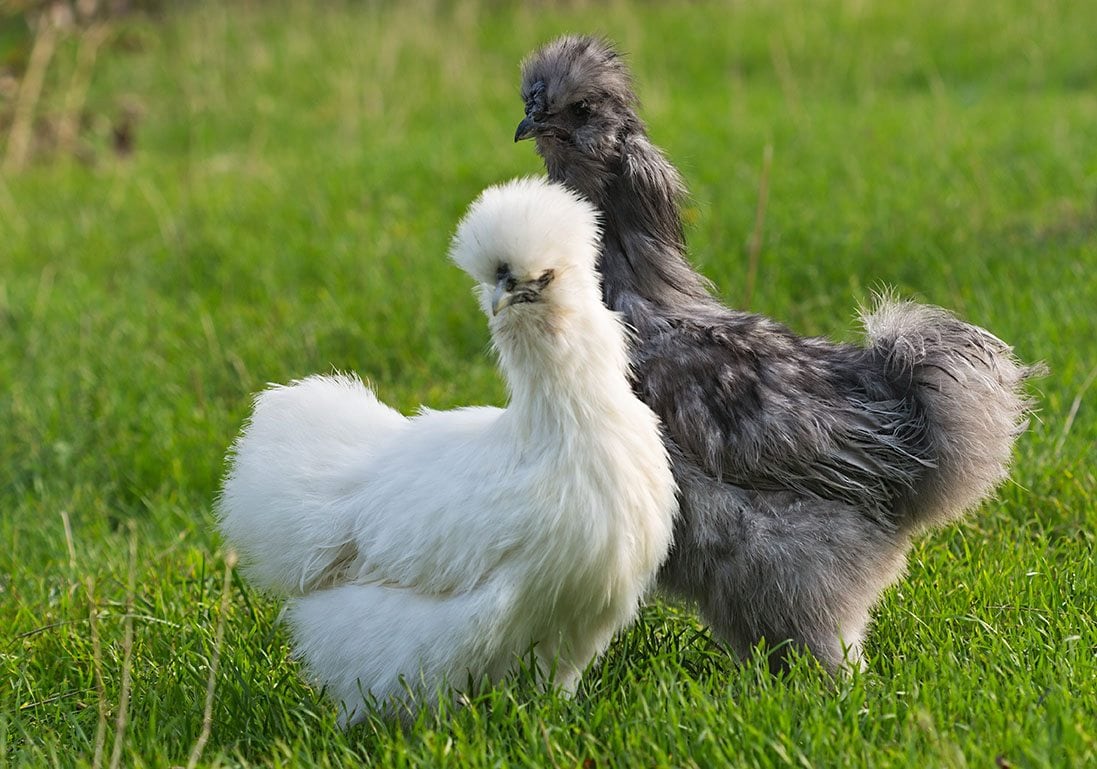 Amongst the amazing monkeys, Snub-nosed monkeys are a group of Old World monkeys, live in various parts of Asia. They get their name from the short stump of a nose on their round face, with nostrils arranged forward. They have relatively multicolored and long fur, particularly at the shoulders and backs. And, they grow to a length of 51 to 83 cm with a tail of 55 to 97 cm. 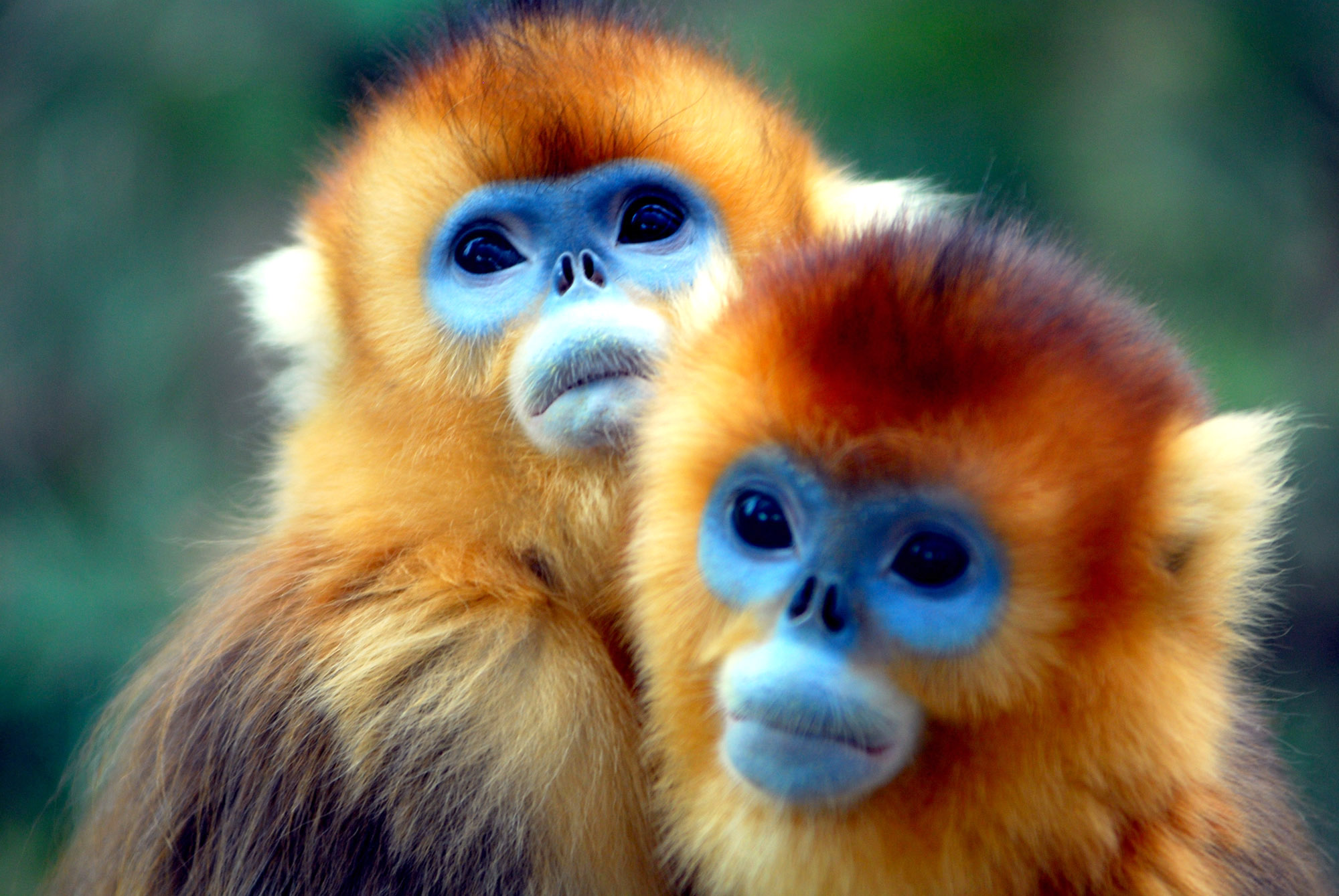 Markhor is a large species of wild goat that is found in Afghanistan, Pakistan, Kashmir, Tajikistan and Uzbekistan. The species is classed by the IUCN as Endangered, as there are fewer than 2,500 mature individuals. The markhor is the national animal of Pakistan. According to folklore, the markhor has the ability to kill a snake and eat it. 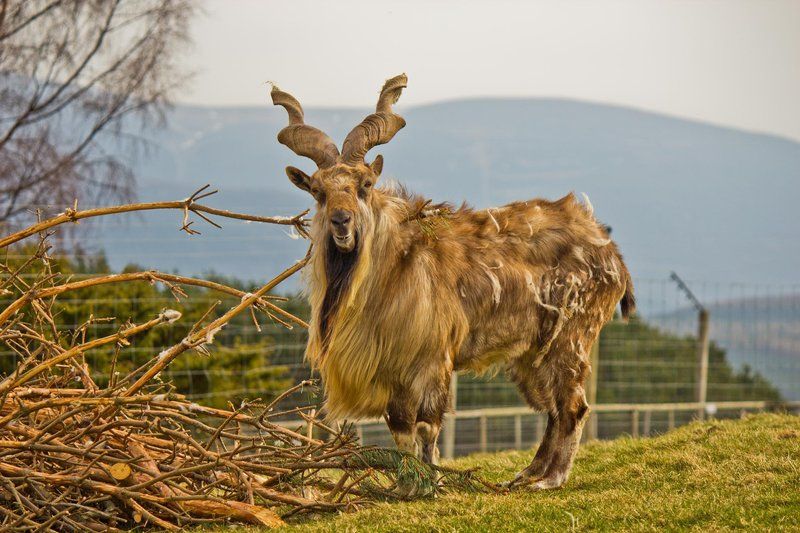