The main factor that was used in categorizing the birds as weird was just by its look. Some of them are funny that attracted even the cartoon artists, and some of them have weird shapes on their head or body resembling a genetic mutation. Further, the birds are one of the most beautiful creations by mother nature. But, out of all the bird species keeping an account at 10,000 species across the globe. We have come up with the 6 weirdest looking birds in the world, which can make you think twice about their figures.

Typically, weird and strange when we take in account of the Sri Lanka frogmouth bird species. As the name says, the Sri Lanka frogmouth has a wider mouth, large head and slit-like nostrils like that of a frog. The appearance of a frog-like structure can be well recognized from the front view. Additionally, the bird’s feathers are made of brown in color and plumage pattern helps in camouflaging with the dried leaves. With an average length of about 23 centimeters, the Sri Lanka frogmouth species reside majorly in parts of the Western Ghats of south India and Sri Lanka. Further, to escape from predators, the bird tends to stand still for a very long time by moving its head slowly. 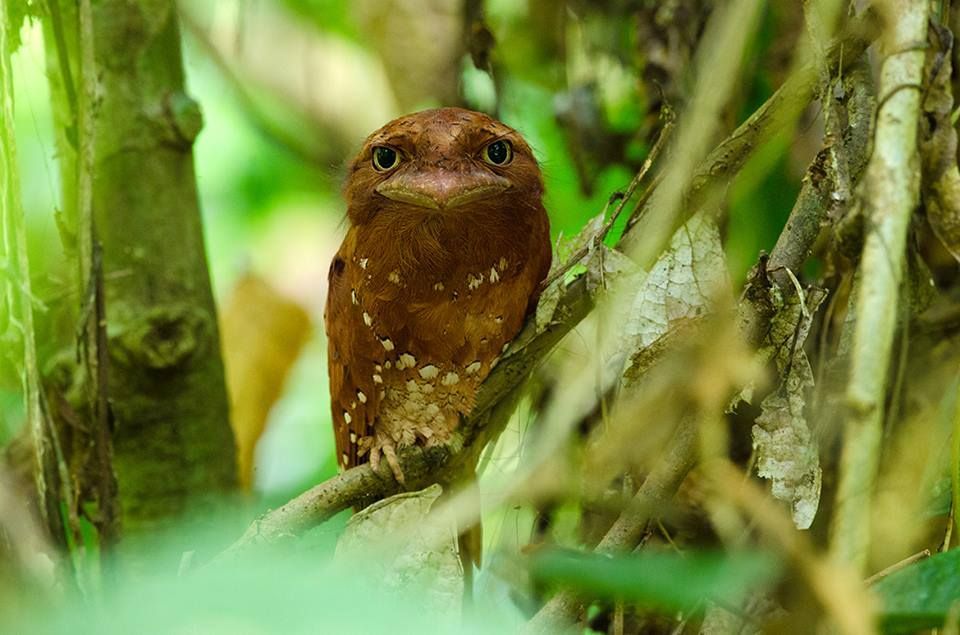 Andean cock-of-the-rock, just by the name seems weird, isn’t it? Not just weird in terms of name, but as well in terms of looks. Seeing the bird for the first time may confuse you on how even the beak is missing. Andean cock-of-the-rock, also recognized as “tunki”, reside majorly in parts of South American Andean cloud forests. It seems weird due to a physically modified disc-like structure just along the upper portion of the head. Sometimes, the view for this bird can range from person to person, as sometimes they can even tend to be great in terms of color contrast. The male tunki birds generally tend to showcase their beauty with vibrate coloration on their wings. 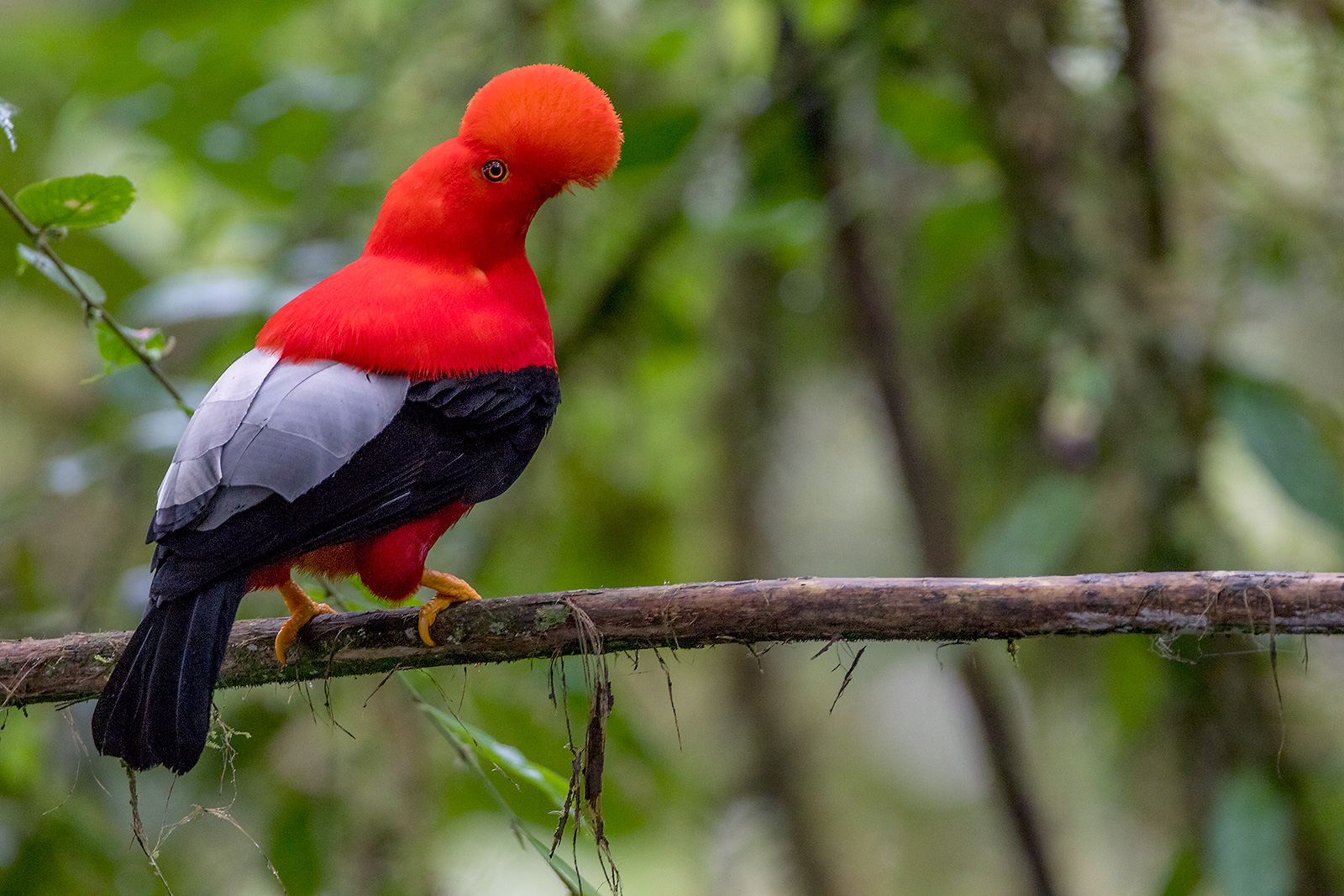 As the name says, the rhinoceros hornbill consists of a horn like structure resembling same as the horns of rhinoceros. At first glance, you may wonder if the bird is genetically mutated. But, they are not being the genuine answer. The hornbill birds reside majorly in rainforests of Sumatra, Java, Malay Peninsula and some region of Thailand. The horn along the head is measured up to a length of 90 centimeters. The color of the hornbill in most of the times like that of the bird’s beak. Further, the color can range between vibrant orange and red. 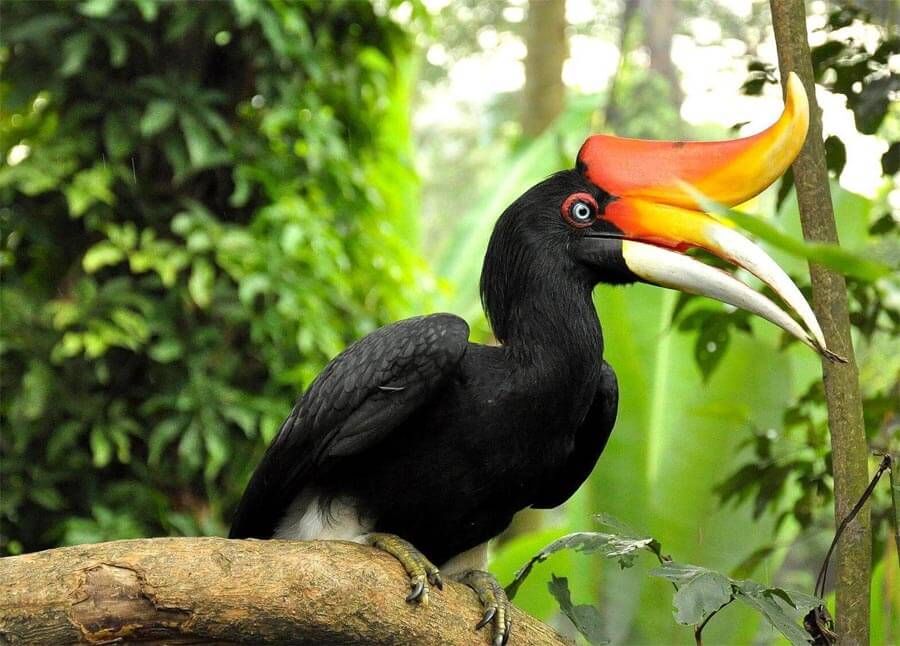 You would probably imagine if there are really birds having umbrella-like structure hanging just below from their head portions. Long-wattled umbrellabird is one to have such a figure. Further, the bird is also recognized as “Vaca de Monte” and “Pájaro Bolsón”. Now, the umbrella-like structure supposedly referred to as the wattle hanging from the throat regions. Additionally, they have the capabilities to control the wattle during the flight. Major portions of the bird species are found in the southwestern part of Colombia and some portions of Ecuador. In terms of color, the feathers distributed all over the body are basically black including the wattle. 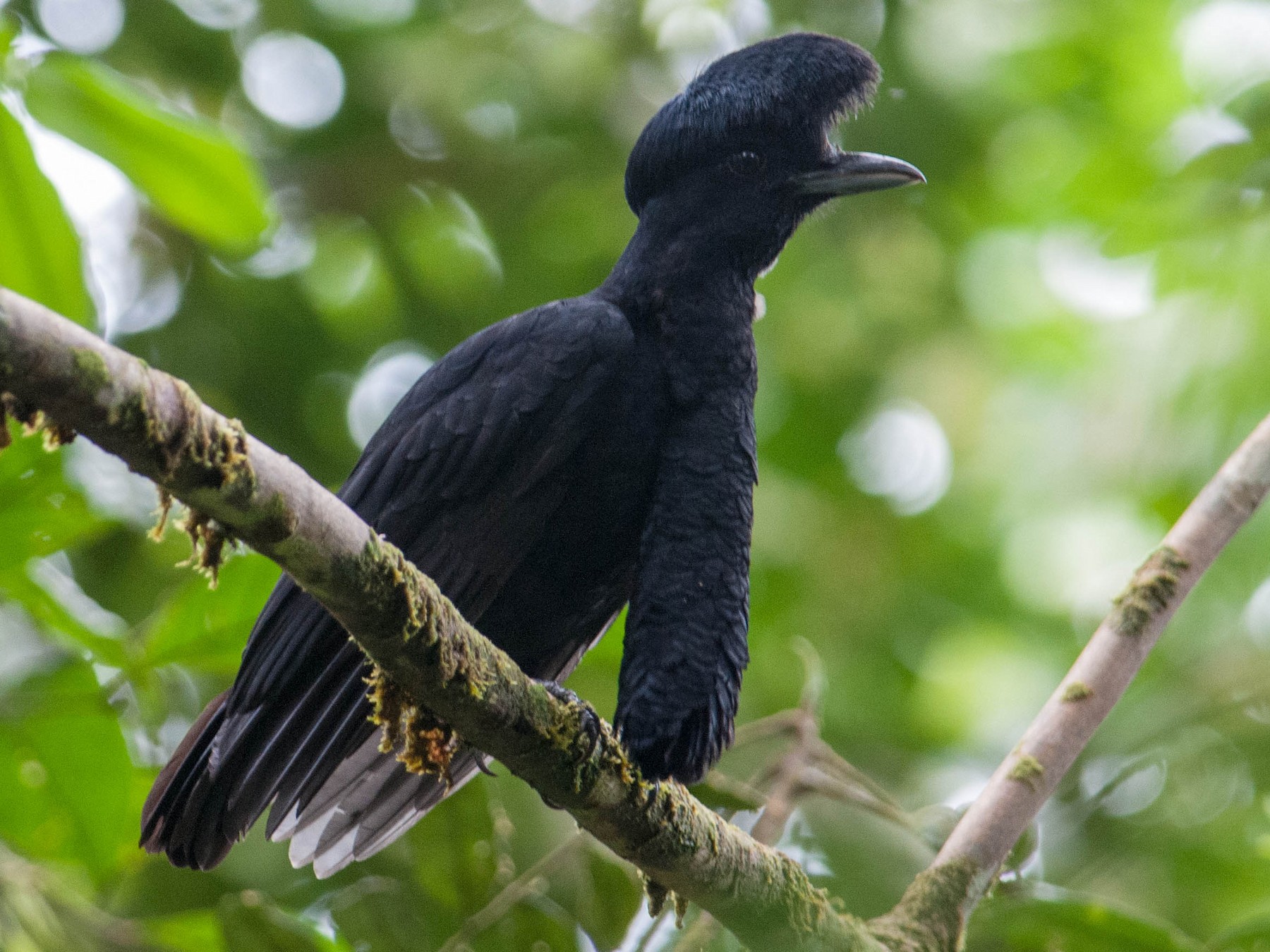 Shoebill stork is a peculiar bird residing majorly in parts of tropical east Africa from Sudan to Zambia. Also recognized as “whalehead”, the bird is categorized under the storks as they consist of long legs, long necks, and long beaks. The length of the bird generally ranges between 110 to 140 cm. Something peculiar to note that the whalehead’s bill is in the form of shoe-shape, which caused the name for the bird. Additionally, the bird’s bill is at a length of about 24 cm making It the third longest after pelicans and large storks. 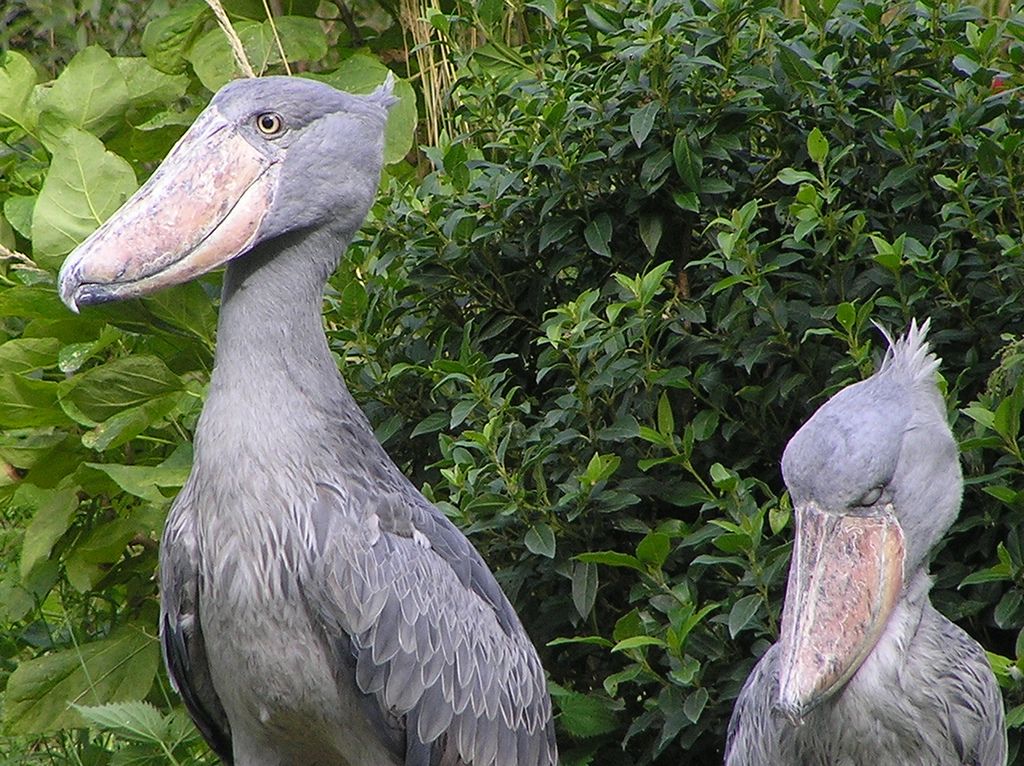 If you would like to see a bird ironically hurt on its heart and bleeding, then you can choose to view the Luzon bleeding-heart bird with your own eyes. As the name says, the bird consists of a red marking right in front of the heart, resembling exactly like “blood” being flown off due to bruise. But, just don’t panic! The Luzon bleeding-heart bird is fine. Being said that it falls under the category of a dove, the majority population is endemic to the island of Luzon in the Philippines. Further, as the dove population is considered one of the highest in the world, the Luzon bleeding-heart birds fall under the list of Near-threatened species by the IUCN. Further, protective measures and projects have been already initialized in Australia. 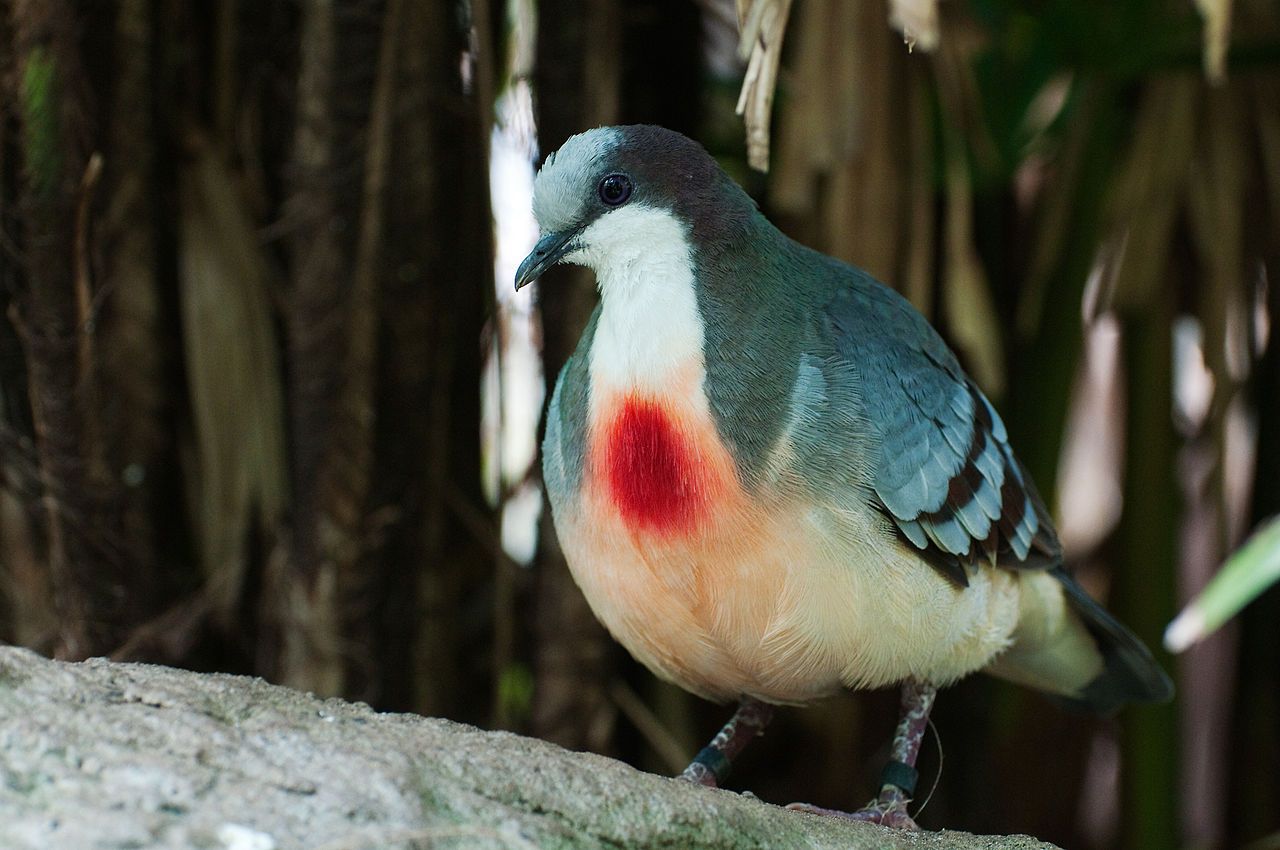 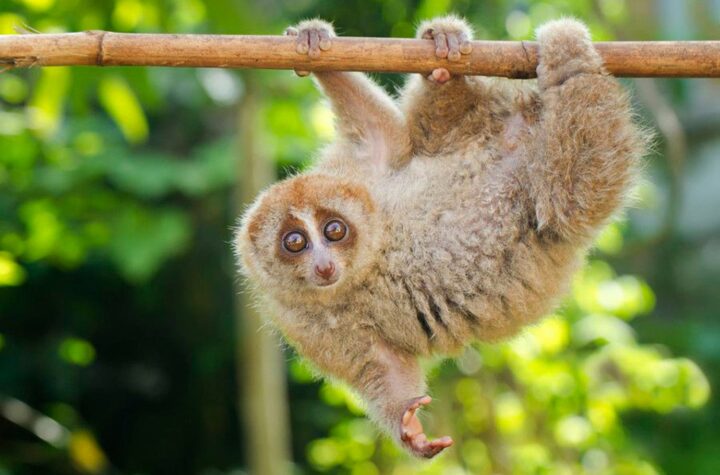