Nowadays, when most of us think of the word God, what springs to mind is a sensible humane God or spirit worshiped by the devotees of one of the major religions. However, if you delve a little deeper into anthropology or history, you are bound to find a great number of highly unusual gods that are still worshiped or have been worshiped in the past. Below is a list of 7 such curious, crazy gods and deities.

Hephaestus was the Greek god of blacksmiths, sculptors, metallurgy, fire and volcanoes. He is most commonly symbolised with a hammer, an anvil and a pair of tongs. Hephaestus was a talented craftsman and was well known for the wonderful weapons he made. He also made wheelchairs that moved on their own, and golden servants that helped him move about. As well as that, he created Pandora, a clay statue to whom Athena gave life, thus creating the first woman. 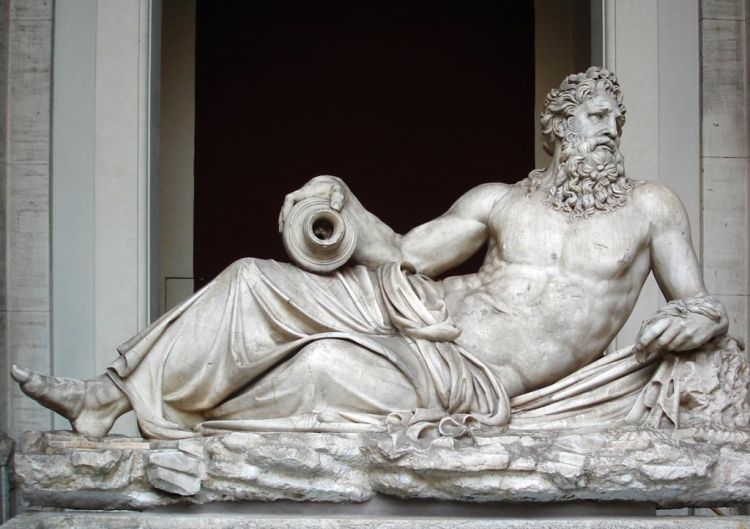 Aphroditus (or Aphroditos) was a god worshiped in Greece. He was worshiped as both male and female and was portrayed as having a female form and Aphrodite’s clothing but also the beard and sexual organs of a man. To celebrate Aphroditus men and women routinely exchanged clothing and assumed alternate sexual roles. It is also believed that during these rituals women assumed a penetrative role while men celebrated the “passive” sexual experience. Aphroditus is also identified as the later god Hermaphroditus, whose name means “Aphroditus in the form a herm.” In Greek mythology, Hermaphroditus was the son of Hermes and Aphrodite. 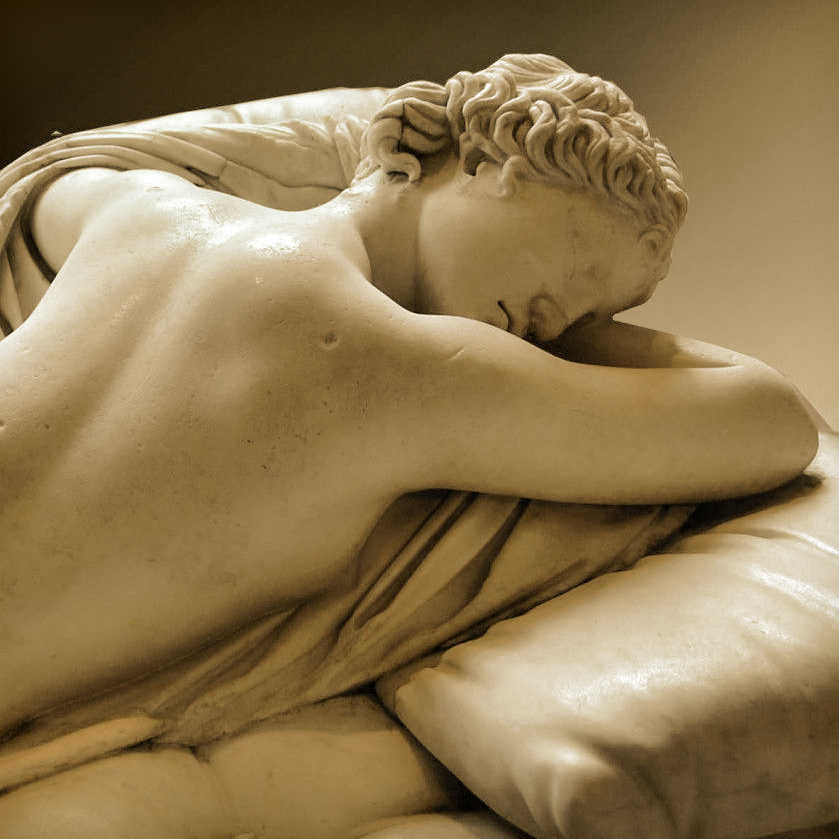 Babi was a fierce, blood-thirsty baboon god worshiped in Ancient Egypt. As early as the Old Kingdom Babi represented supernatural aggression to which the monarch aspired. Babi had full control of the darkness and had the power to open up the sky for monarchs because his phallus was the bolt on the doors of heaven. Also, the ferryboat of the underworld used Babi’s phallus as its mast. The terrifying god was said to live on human entrails and thus protection spells were necessary to protect oneself against him, especially during the weighing of the heart ceremony in the Hall of the Two Truths where a person’s suitability for Paradise was determined. 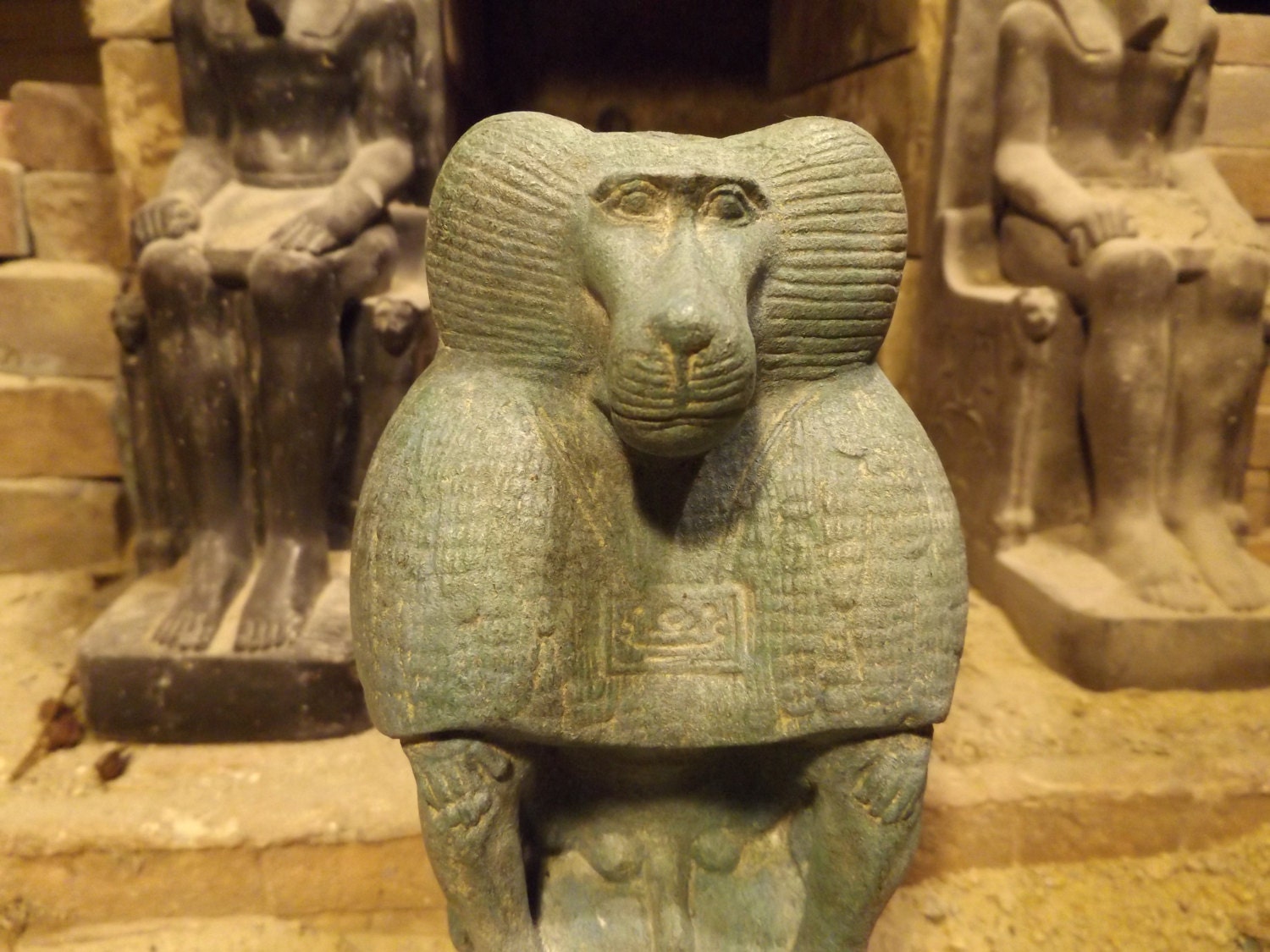 Pudicitia was the Roman goddess of chastity and fidelity. And he was always represented as veiled. Pudicitia was also a feminine Roman virtue. Pudicitia was chastity, fidelity and piety attached to modesty. And was maintained by a woman’s father or male relatives and later by a husband. Pudicitia was expressed by staying at home and by remaining invisible and untouchable to the public world. In fact, women who were content with one marriage were honoured with the crown of Pudicitia as it was believed that the mind of a woman was uncorrupted and loyal only when she “did not know how to leave the bed on which her virginity had been laid down.” 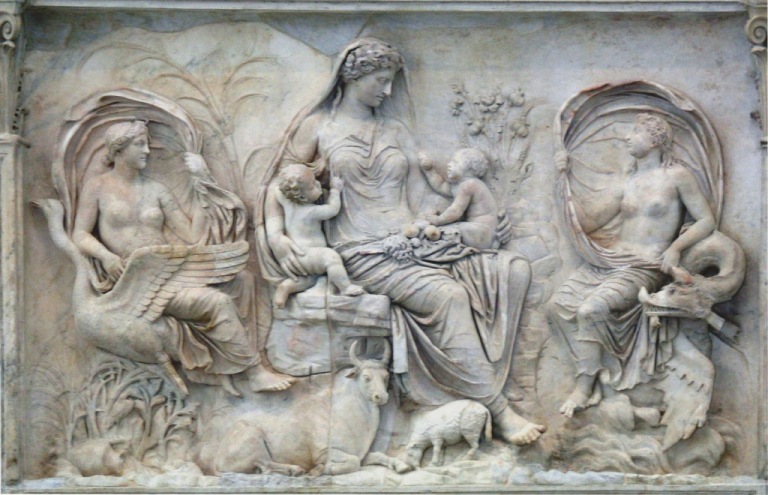 Juno Viriplaca also known as “Man-Placater”. Or “The Goddess who Soothes the Anger of Man”, was a Roman goddess who restored peace between a married couple. Juno Viriplaca had a sanctuary on the Palatine Hill in Rome where women went when they believed that they were wronged by their husbands. They would tell Juno Viriplaca their grief and the goddess would dispose their minds to become reconciled to their husbands. 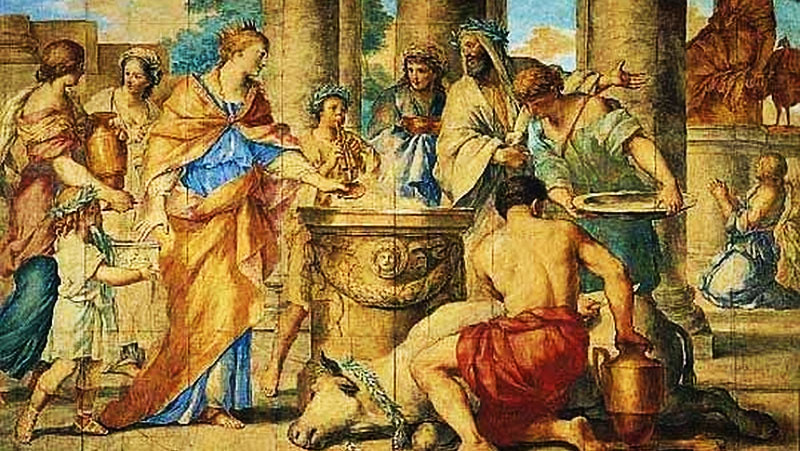 Mutunus Tutunus was a Roman fertility deity symbolised as a giant penis. It is believed that the deity had a sanctuary in ancient Rome which was visited by veiled women. Mutunus Tutunus played a significant part in every marriage ceremony. It is said that previous to marriage rites brides straddled the phallus god as a way of making the first offering of their virginity. This also apparently prepared the brides for intercourse and taught them not to be embarrassed by sex. 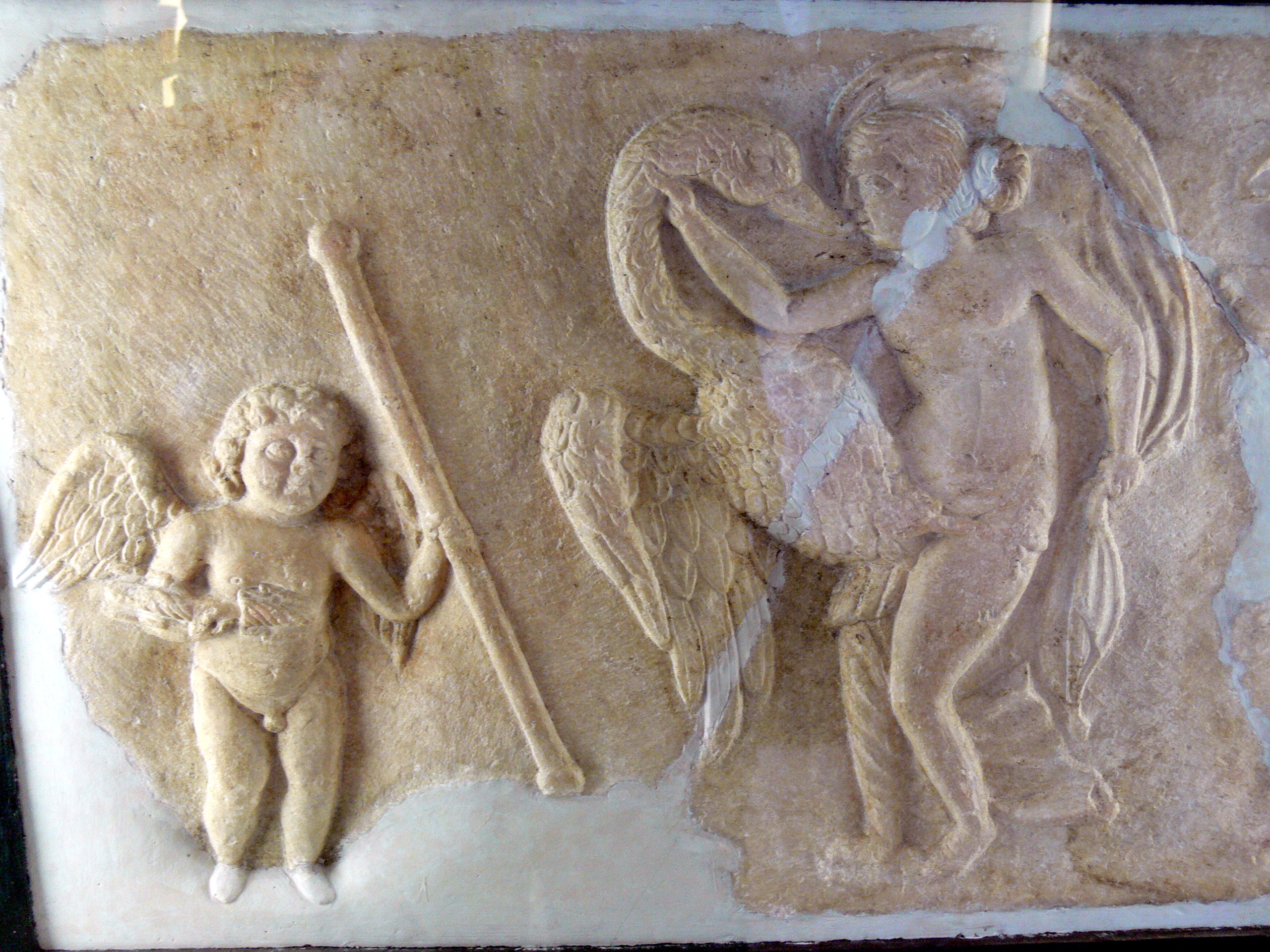 Ungud is a bisexual snake god in the mythology of the Aboriginals in north-western Australia. Ungud is often associated with the rainbow and is known as the “Rainbow Serpent”. He is often associated with the erections of medicine men. It is said that Ungud, with the help of the Milky Way, made the world and created natural species by dreaming itself into their various shapes. Ungud also created clones of itself, known as “wonjina”, and placed them in various places but particularly in waterholes. 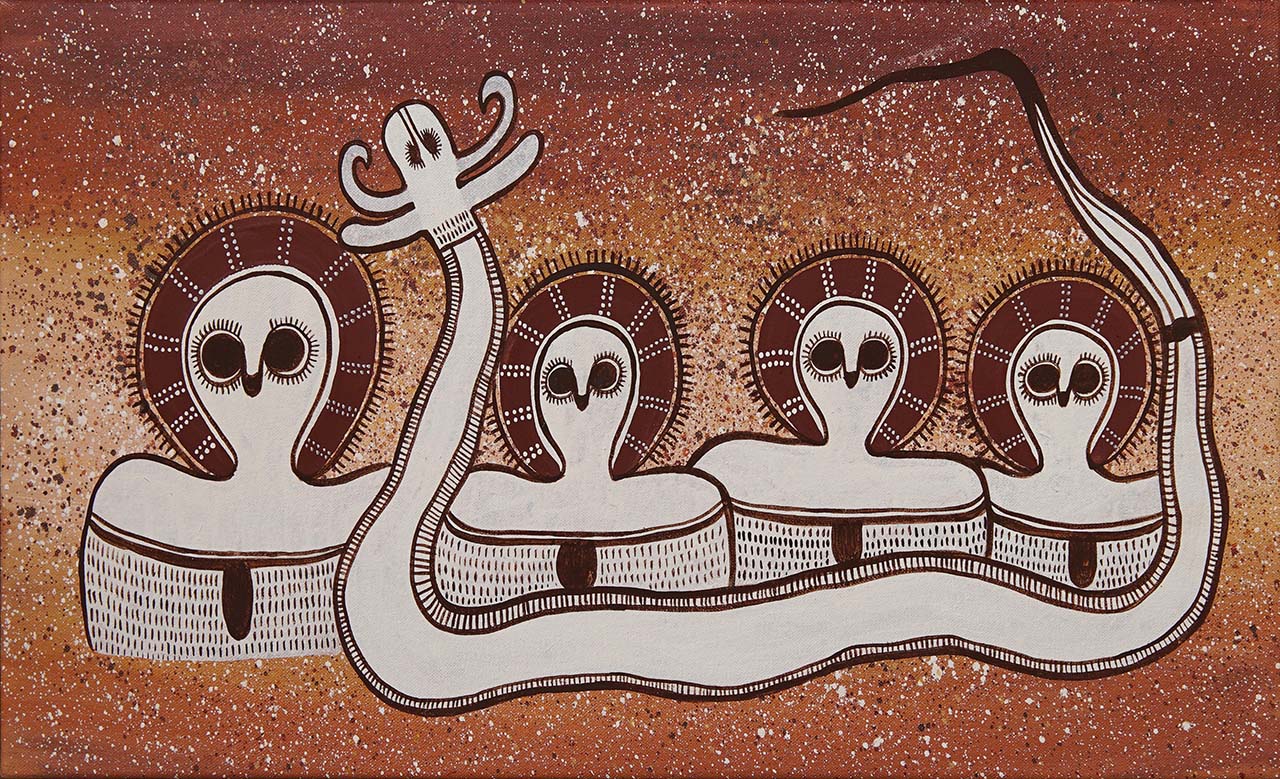