The achievements of a few legendary athletes in antiquity are so extraordinary that they are remembered even today, hundreds of years after their deaths. Listed below are Top 7 Celebrated Champions of the Ancient Olympics along with some fascinating stories, records and facts.

Melankomas was crowned Olympic boxing champion in 49th BC, and also was a winner in many other events. He was reputed to fight for two days holding his arms out without ever lowering them. Also, He attained his excellent competitive form through continuous and strenuous exercise.

He was admired for his unique boxing style. His movements were light, simple and fascinating. Melankomas remained undefeated throughout his career—yet he never once hit, or was hit by, an opponent. He would only defend himself from the blows of his opponents. Invariably, the opponent would grow frustrated and lose his composure. In this manner, he won the Olympic boxing tournament at the 207th Olympic Games. 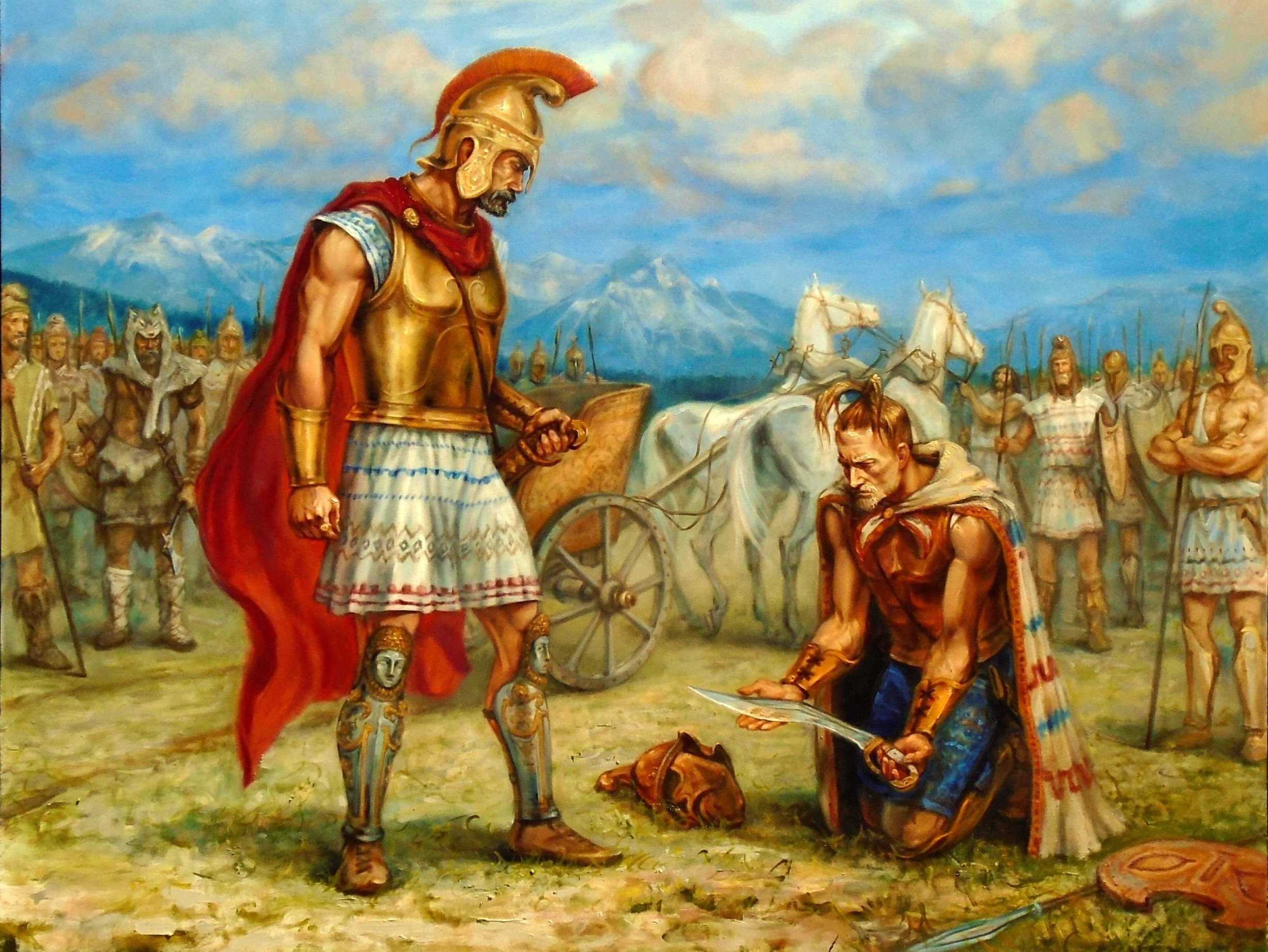 Theagenes was a successful boxer, pankratiast, and runner. Owing to his extraordinary strength and swiftness, he was believed to be the son of Heracles-a divine hero in Greek Mythology. He won the Boxing tournament in the 75th Olympiad (480 BC), and a title for pankration in the next. Altogether, he was said to have won over 1300 crowns for different contests at all of the Panhellenic Games.

A curious story is told by Pausanias, a Greek historian, about a statue of Theagenes made by Glaucias of Aegina. It was scourged by a man who had a grudge against Theagenes. One night, the statue fell upon this man, killing him. The statue was put on trial for murder and exiled by being thrown into the sea. It was later restored as the Delphic oracle had declared that the country would remain in a period of barrenness otherwise. 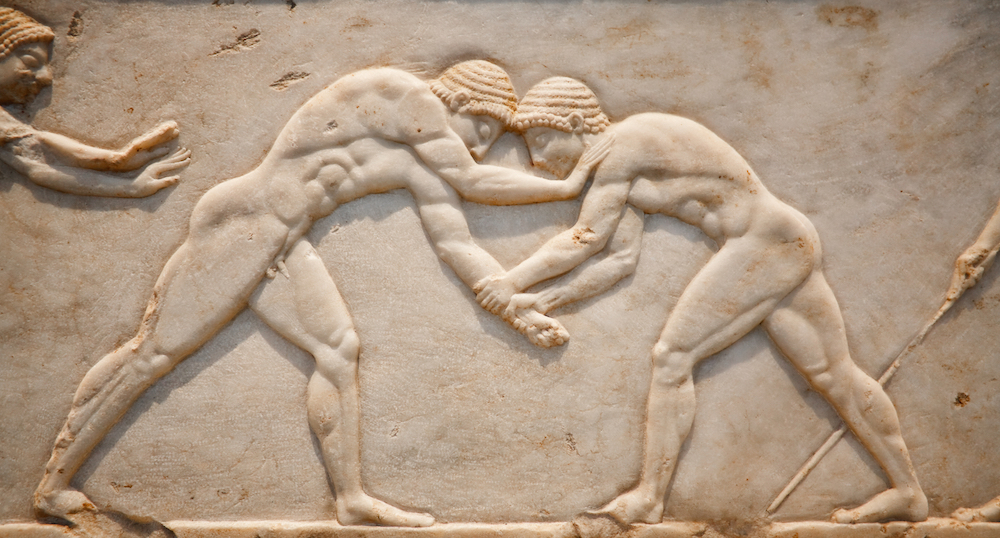 Leonidas of Rhodes was one of the most famous runners of antiquity. For four consecutive Olympiads (164-152 BC), he won all the three races, – the stadion, the diaulos and the hoplitodromos.

He was a versatile runner. The stadion and the diaulos were best suited to sprinters while the hoplitodromos required more muscular strength and endurance. As a victor in all three of them, he earned the title “Triastes” (tripler). His lifetime record of twelve individual Olympic victory wreaths was finally surpassed in 2016 when Michael Phelps won his 13th medal for the 200-meter race in the 31st Modern Olympiad. Leonidas’s record lasted for 2,168 long years! 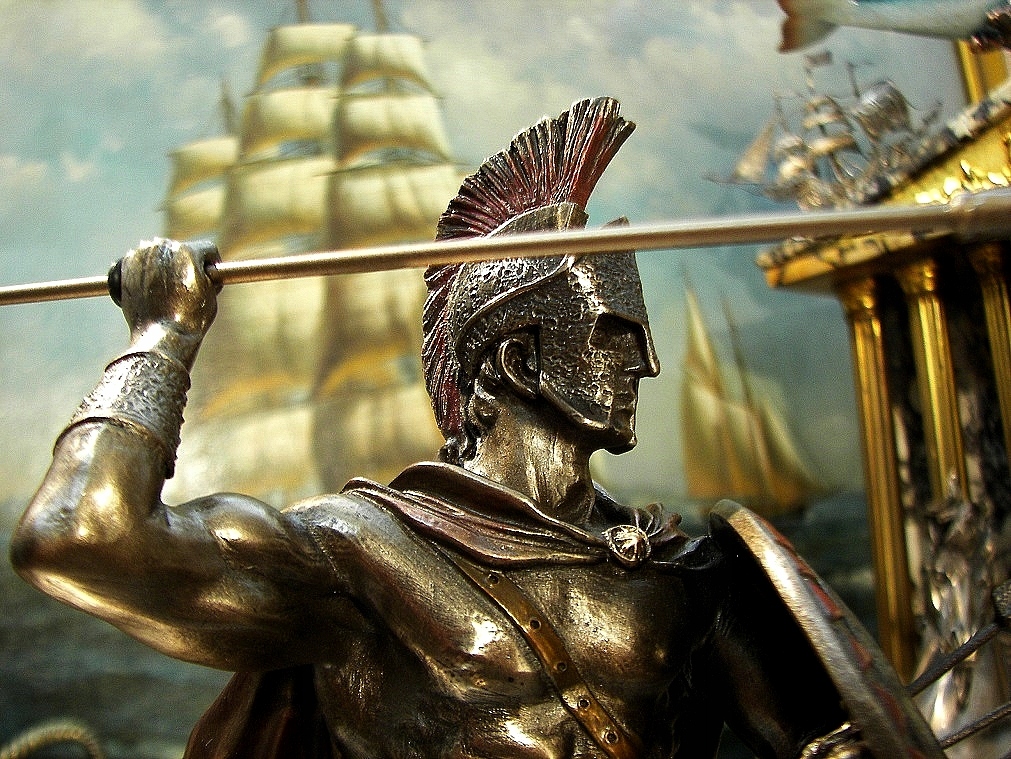 Onomastos was the first ever Olympic victor in boxing. The sport was introduced at the 23rd Olympiad in 688 BC. According to historians, he was also the one who wrote the rules of the Ancient Greek boxing. With four victories to his name, Onomastos holds an unbroken record of “the boxer with the most Olympic boxing titles” till date. 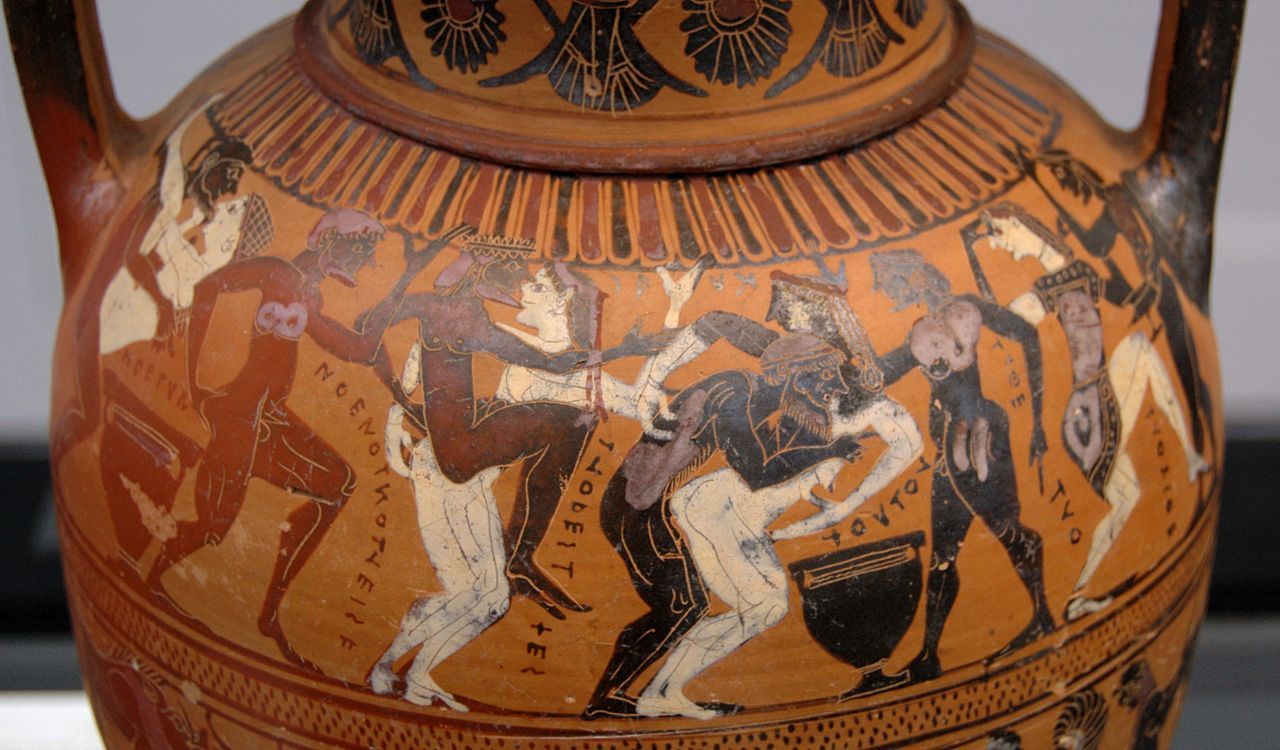 Orsippus was a famous Greek runner from Megara. He rose to fame as “the first to run the footrace naked at the Olympics” and also “the first of all Olympic victors to be crowned naked”. He won the stadion race of the 15th Ancient Olympic Games held in 720 BC. That was when the Greek tradition of athletic nudity (gymnos) was introduced and adopted as well. 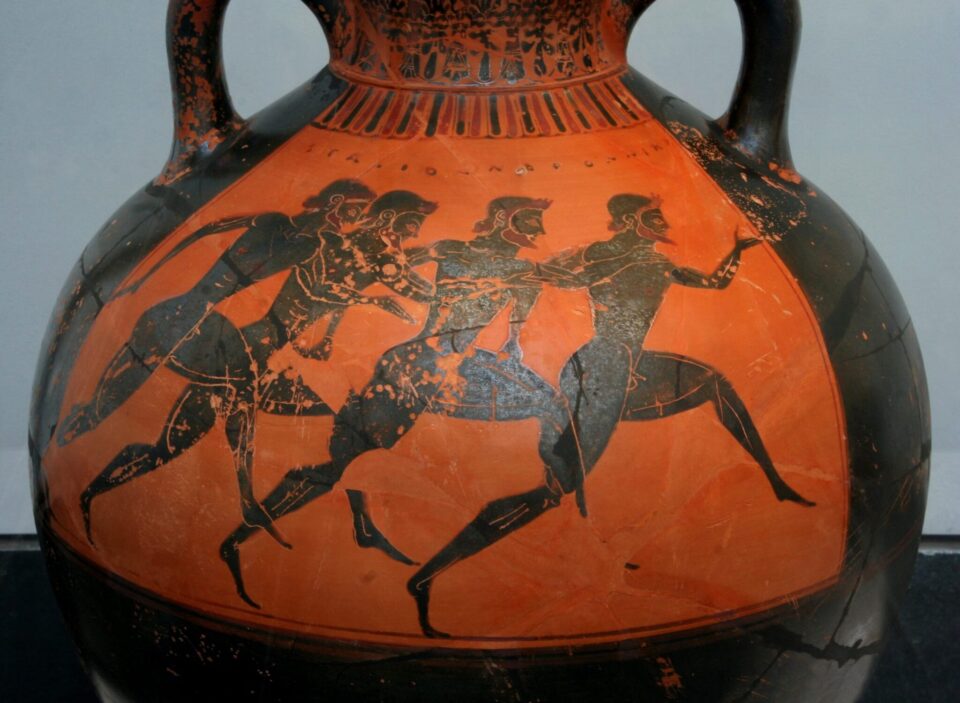 Euryleonis was a celebrated woman charioteer. She won the two-horse chariot race of the Ancient Olympics in 368 BC. She was a wealthy princess and a passionate horse breeder. Euryleonis was the second female crown-bearer in the Olympic history. Her predecessor, the Spartan Princess Kynisca, had won the four-horse race 24 years earlier. A statue of Euryleonis was erected at Sparta. It is one of few bronze statues that survives anywhere in the Greek world.

Milon is known to be one of the greatest wrestlers of all times. He was a six times Olympic wrestling champion. He first won in 540 BC, in the youth wrestling event, and then each time in men’s wrestling in the next five Olympics. Also, he won seven times in the Pythian Games, nine times in the Nemean Games, ten times in the Isthmian Games and innumerable times in other competitions. He boasted a physique and power so terrific that he was believed to be the son of Zeus. 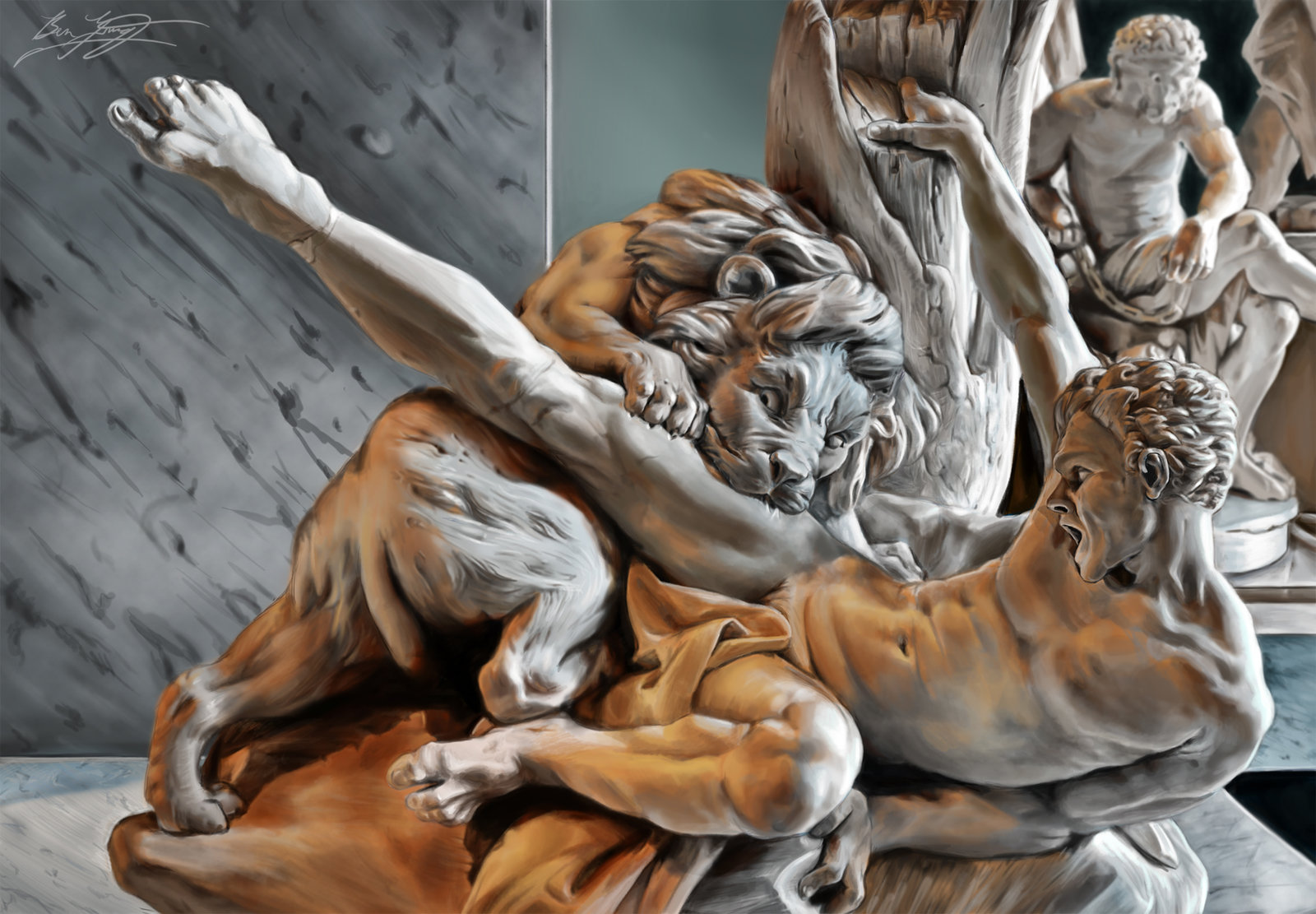