There are more than 1000’s of animals surviving in Mother Earth. In that, there are some fascinating exotic animal living around which adds a special value to the fauna family. These are considered as exotic because of their different style from usual. Nowadays, some of these exotic animals are considered pets due to their admiring characteristics. Thus below are some of the 7 most exotic ones which are classified based on each of their special characters.

The Tamandua is often known as “a lesser anteater” because it is much smaller than its relative, the giant anteater. This interesting animal has its home both in trees and on the ground. The tamandua is most active at night, often nesting during the day in hollow tree trunks. It has small eyes and poor vision but can hear and smell quite well. It has a specialized mouth and tongue which let tamanduas eat up to 9,000 ants in a single day! Its special feature is that, if a predator does get too close, the tamandua may hiss and then release a very unpleasant odor, similar to a skunk’s, from a gland at the base of its tail. Thus the bad smell lets other animals know where the tamandua is and usually sends them in the opposite direction. 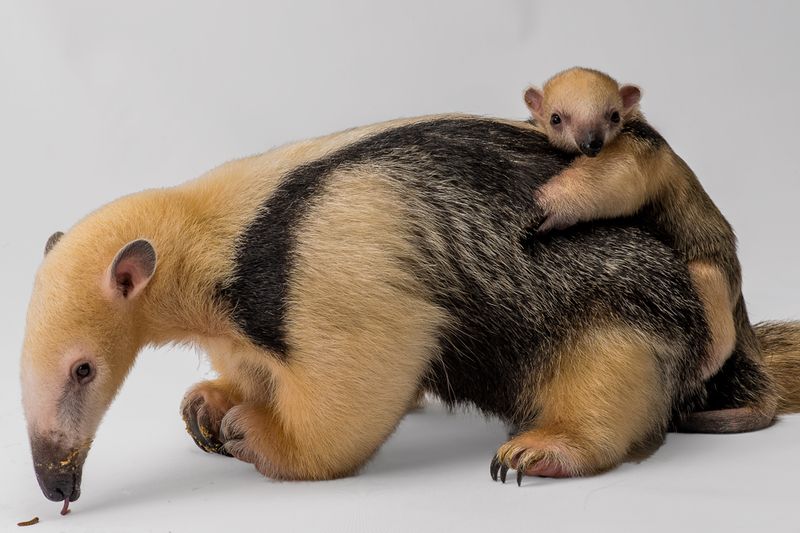 The Wily and Cutest One

The Fennec Fox must be the cutest exotic animal of the list. It is habitat to dry regions and its long ears serve to dissipate the heat. It is the smallest of all the world’s foxes, but its large ears, measuring six inches, appear to be on loan from a bigger relative. It weighs between 2.2 and 3.3 pounds. It is cream-colored with a black-tipped tail.

Fennec foxes dwell in the sandy Sahara desert and elsewhere in North Africa. Their nocturnal habits help them deal with the searing heat of the desert environment, and some physical adaptations help as well. These foxes are opportunistic eaters. They forage for plants but also eat rodents, eggs, reptiles, and insects. Like most desert dwellers, the fennec fox has developed the ability to go for long periods without water. Their adorable appearance makes fennec foxes favorites of the captive pet trade, and local people also hunt them for their fur. Little is known about their population status. 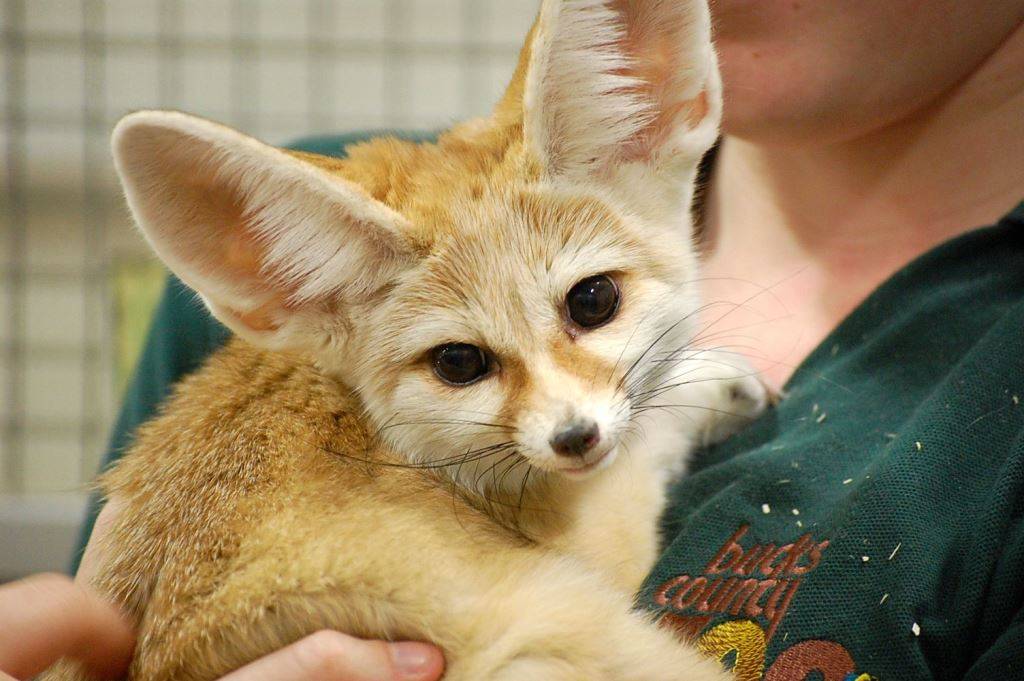 The Striped Skunks are native to America. Their name in Latin is meant as “Stinks”. Skunks have extraordinary intelligence, memory and problem-solving ability. You cannot train or correct a skunk like any other animal. It takes patience and love. Skunks show a lot of human traits ,as they can be warm, funny and affectionate at times, as well as demanding, obstinate and aloof. These are mammallian and belongs to the family Mephitidae and the order Carnivora. Captive-bred skunks weigh from 7-10 lbs. They are about the size of a pet cat. Life Span is approximately 10 years. They come in a variety of colors. Once descented, they have an odor similar to that of a dog. 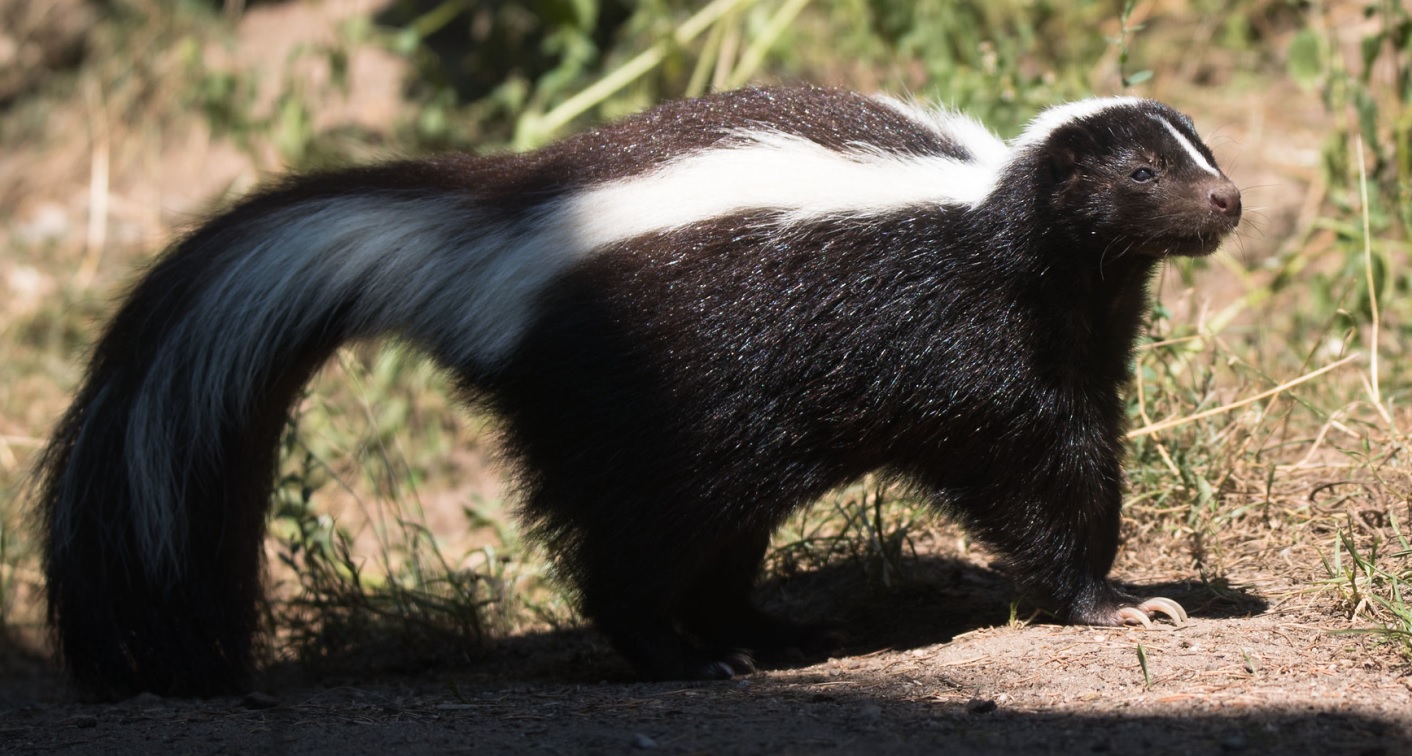 The Most Nervous One

The Squirrel Monkey is an adorable little primate that lives in the forest of Central and South America. They are the only genus in the subfamily Saimirinae. They are the most nervous and cuddly exotic animal around. Its size is of 12.5 inch length with its non-prehensile tail of 16 inches which often curls when it’s at rest. These are very agile, they often run throughout the forest on branches. They are diurnal, and activities are usually centered around a source of water. 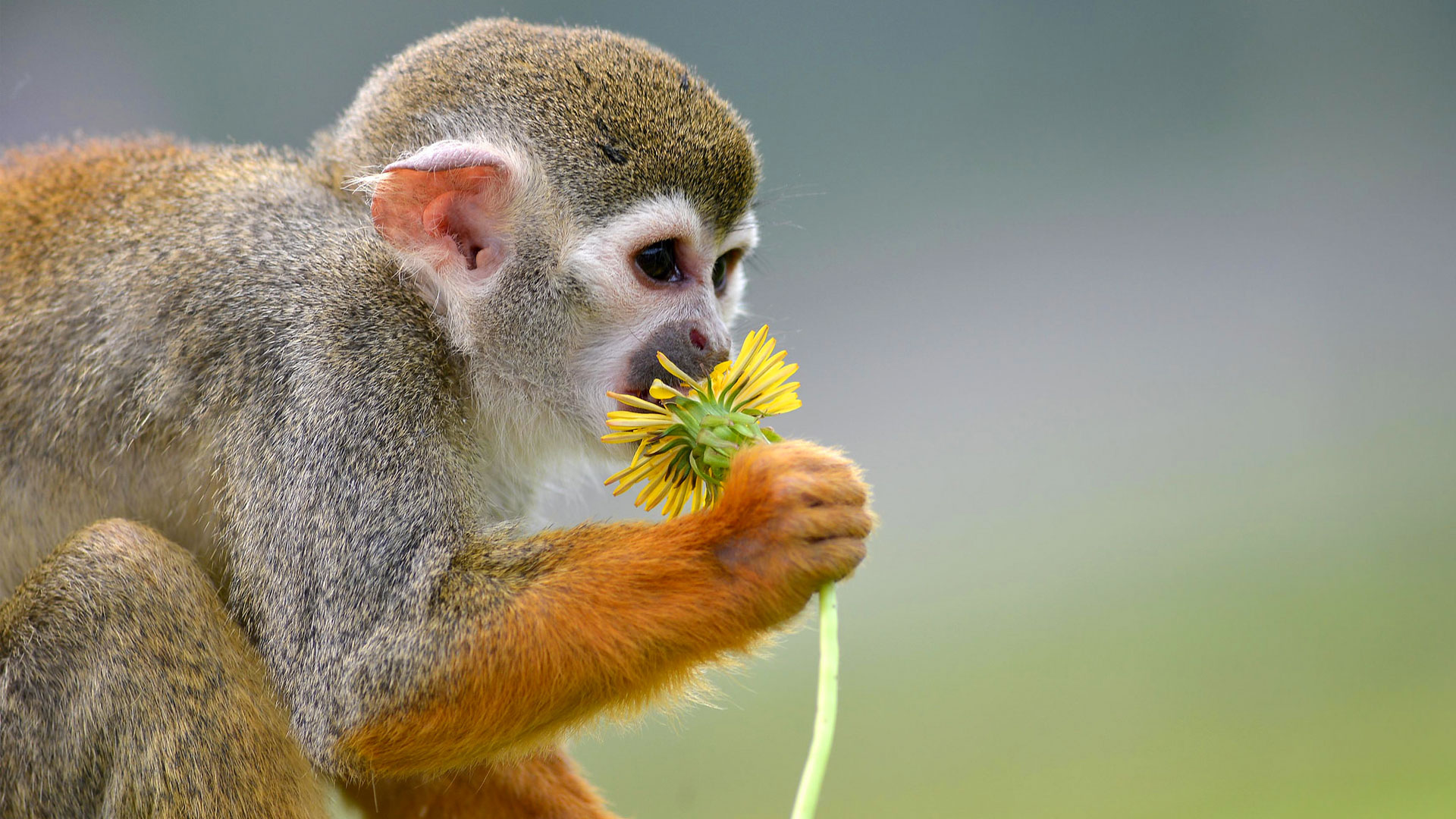 The Galagos are little night monkeys. They are also known as curious little nocturnal primate which are native to Africa. They have larger eyes which provide them good night vision and they possess acute hearing level like bats. They also have remarkable jumping ability and in a series of leaps, they could cover ten yards in mere seconds. Grooming is a very important part of galago daily life. Galagos often autogroom before, during, and after rest. Social grooming is performed more often by males in the group. Females will often reject the attempts made by the males to groom them. 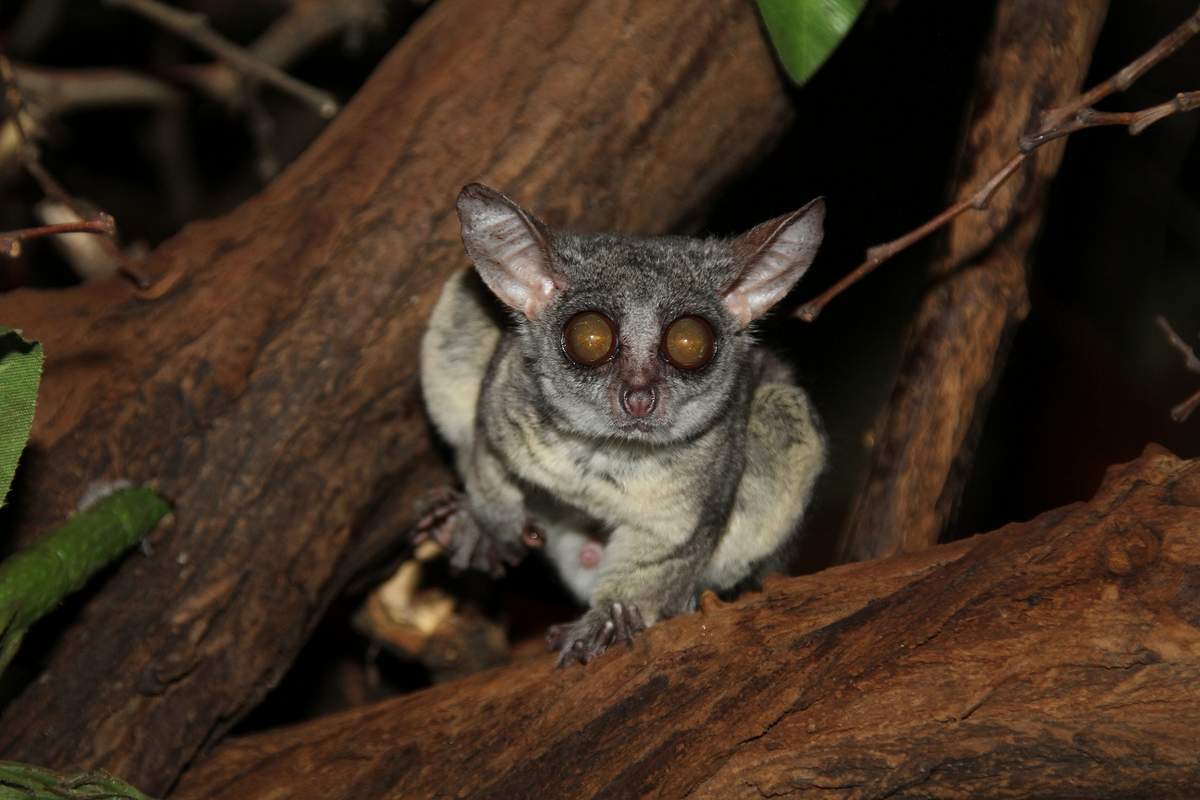 The White Lion is one of the unique species in the cat family. They carry the recessive gene known as a colour inhibitor of the Kruger subspecies of lion (Panterha leo krugeri).These cats have a dwelling in their population ,thus they are considered as vulnerable. These only have a different colour from the normal one. 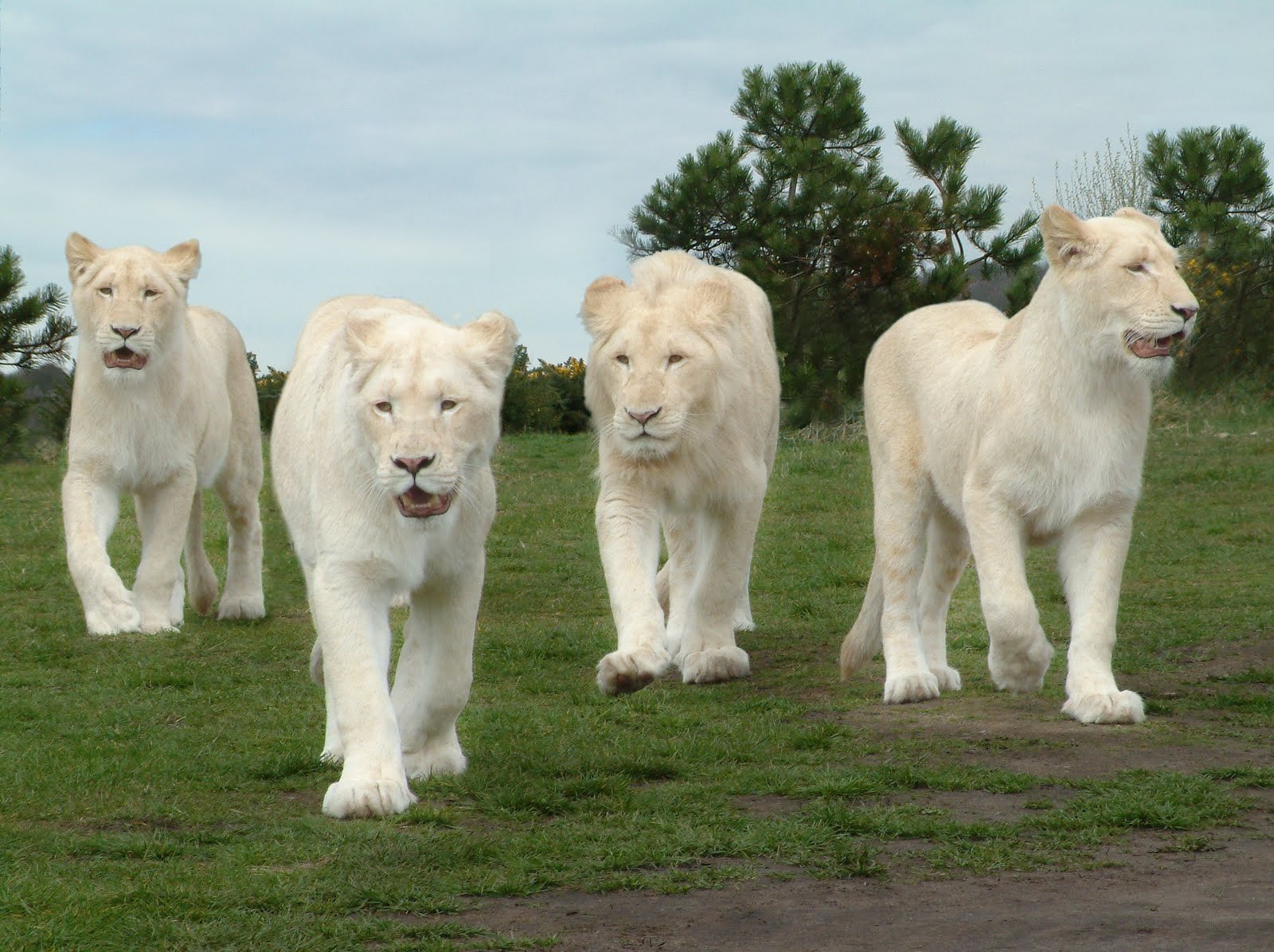 The Most ugliest One

Believe it or not, the Aye-Aye often misspelled as eye-eye is a primate, in the same family as chimpanzees, apes and even humans! They are omnivore and their life expectancy is of approximately 20 years. The population of its native is in Madagascar. Some consider it an omen of ill luck and unfortunately for that reason, the Aye-aye is in extreme danger of extinction. So today they are protected by law. Thus Aye-ayes spend most of their lives in rain forest trees and avoid coming down to earth. They are nocturnal, and spend the day curled up in a ball-like nest of leaves and branches. The nests appear as closed spheres with single entry holes, situated in the forks of large trees. 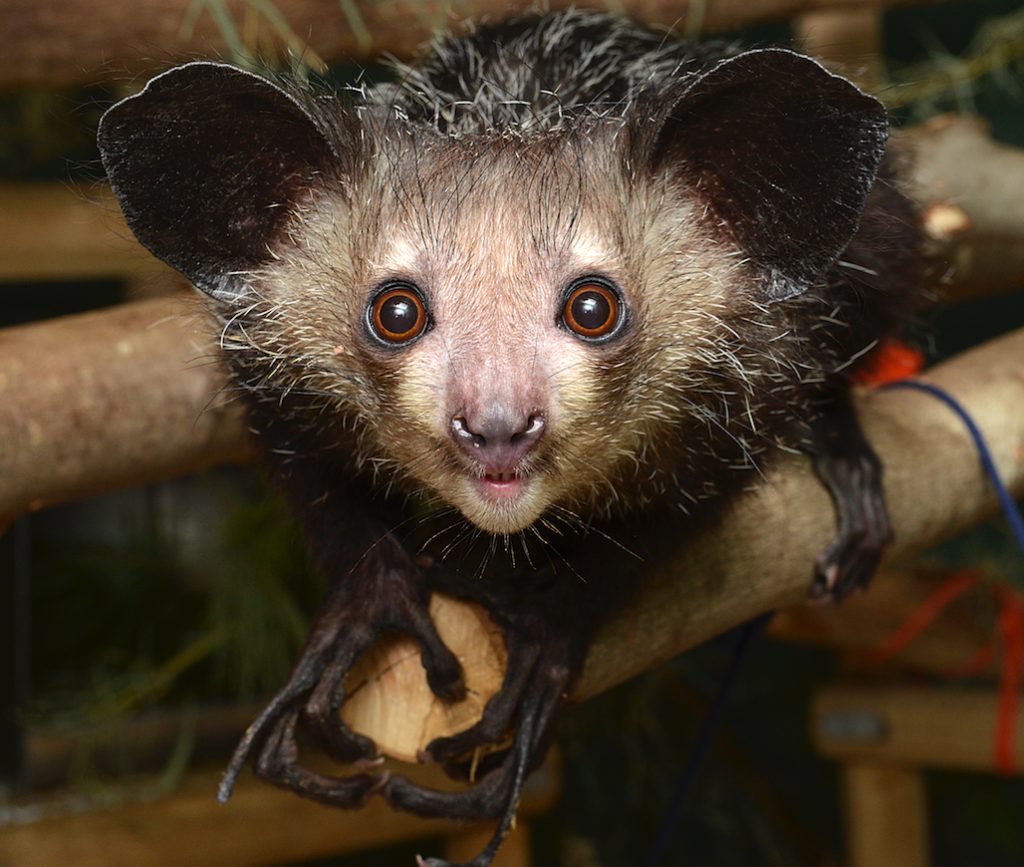