There are many species of ants found all over the world and happen to be a fairly common sight almost everywhere. It is entirely possible that you might be having a few of them in your house right now. As simple as these creatures may seem, the reality is that ants have one of the most complex societies on the planet. In addition to this, there is a lot more to them which we haven’t understood yet. From what we know, given in the list below are 7 amazing facts about ants.

All Ants Live in a Societal-Organization

Ants are quite interesting and hardworking. Ants live in colonies or societies just like us. A single queen ant, several worker ants, and some male drones make up the ant colony. They all have different roles to play. The main responsibility of the queen ant is to lay as many eggs as possible for the colony. The work of male drones is to fertilize the queen. The worker ants are the powerhouse of the colony who keep the colony up and running. The workers acquire resources, fight against predators and so on. 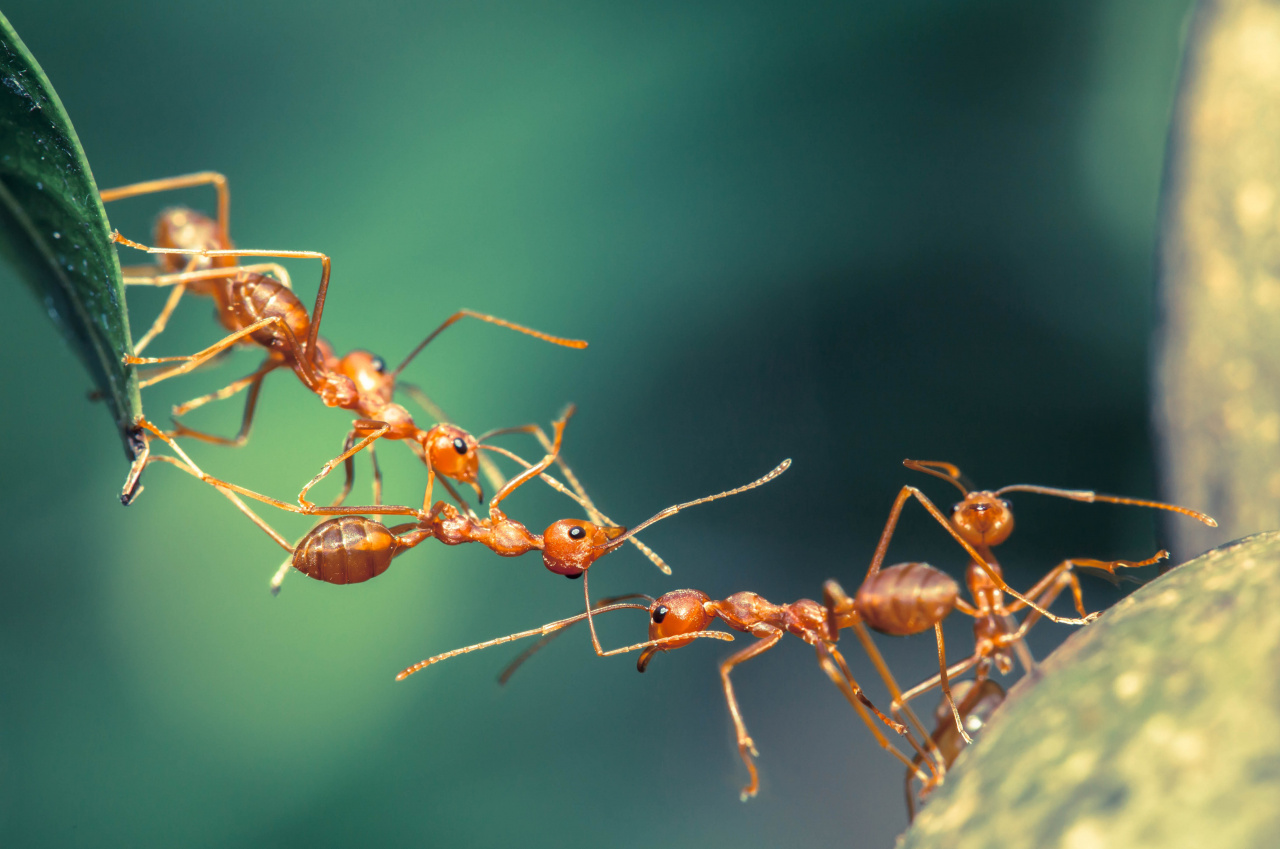 Ants Have the Ability to Lift Many Times Their Own Weight

Ants may seem like they are weak, but that isn’t true. They have superhero capabilities.

On the contrary, they have a great deal of strength. In fact, an ant has the ability to lift objects many times their own strength. The exact figure may range from 20 to 200 times, depending on the species. Some ants such as the American field ants are extremely capable enough to withstand pressures of over 5,000 times than their body weight.

They are astounding weight lifters and inspiration for humans to develop mechanical systems to mimic the ants’ weight lifting power. It can be studied to develop future robots and space machines to lift weights on Earth and space respectively. 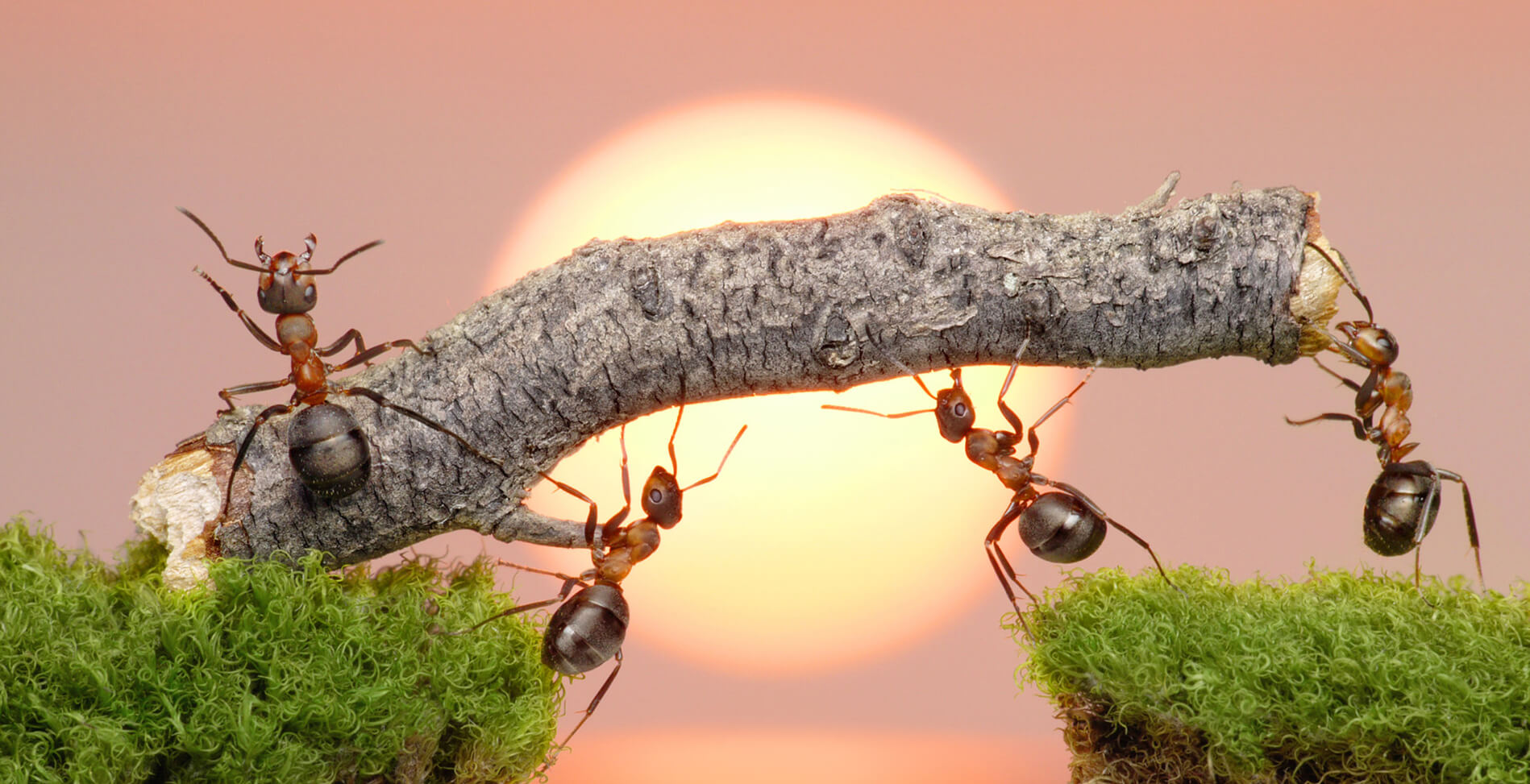 The Ants That You See Working are Females

As already mentioned in the previous fact, the working ants you often see are female ants. The queen lays several eggs. Most of these eggs turn into female ants. But these are not really fertile females that can lay eggs. On the contrary, they are the ones that continuously work the entire day for the queen, for the benefit of the hive. The working female ants also feed the baby ants or the larvae. They also help in keeping the colony clean from trashes. This pattern of working female ants is seen in other insects such as wasps and bees. 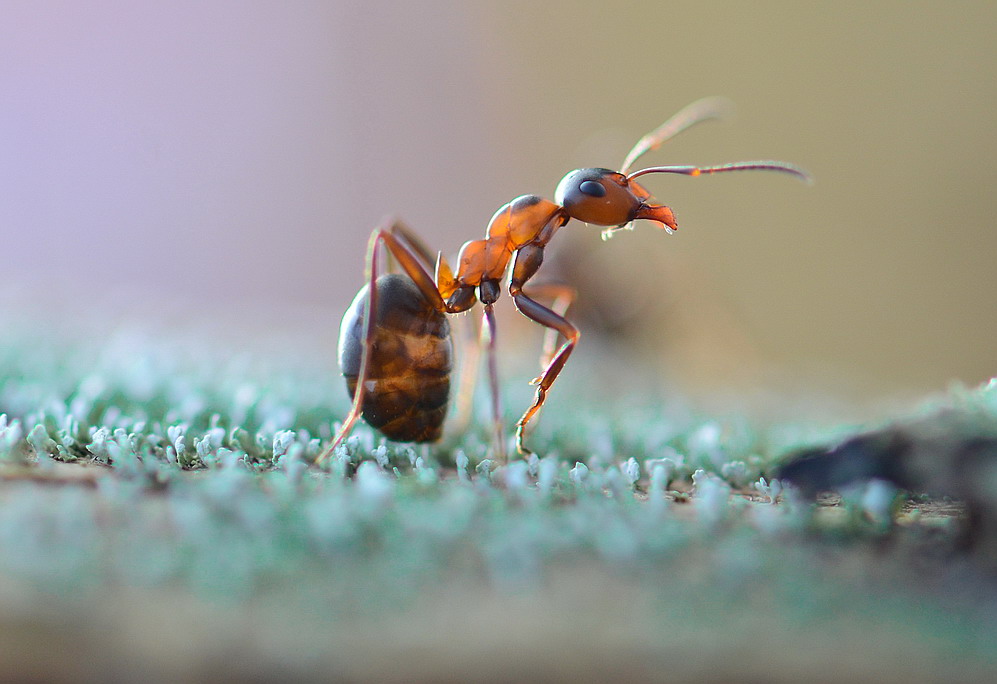 Ants Are One of the Longest Living Insects on the Planet

As small as they may be, ants are also one of the most long-lived of all insects. While the lifespan of individual species may vary, the fact is that the ants, in general, can live for a very long time. The black garden ant, for example, is known to stay alive for as long as 15 years. At the same time, however, there are few ant species that aren’t as long-lived as the black garden ants. For example, the pharaoh ant is one such ant species which is a short-lived species. Its exact lifespan may be as short as a few months and nothing more. 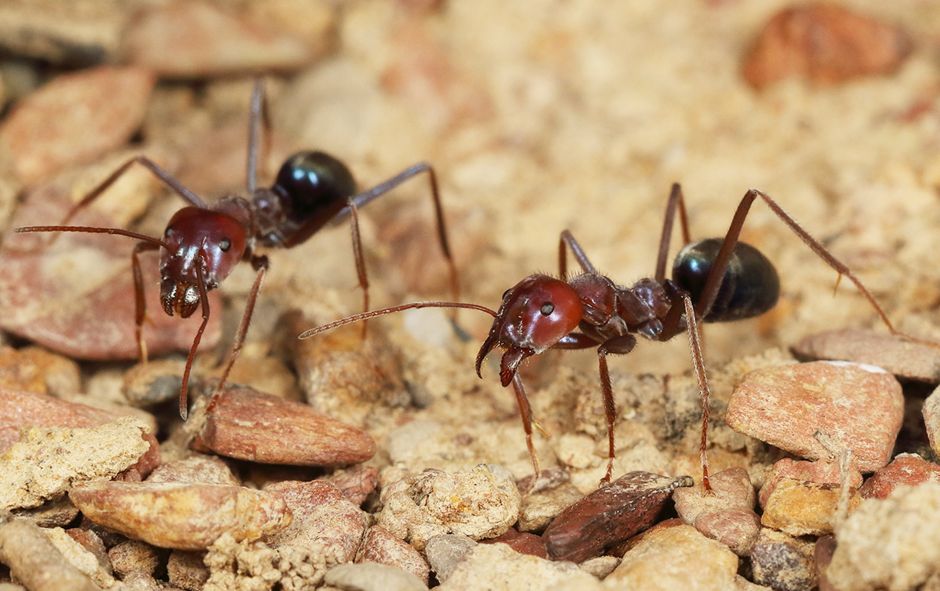 Ants Leave a Trail of Chemicals for Other Ants to Follow

There is a reason for it. Rather than the ants following one another based on what they see, they do so with the help of smell. The average ant goes about moving from one place to another, based on a scent (pheromones) trail left behind by the abdomens of other ants. This is the reason we see ants moving in a queue following each other. According to a new study, the chemical pheromones produced by ants are from the microbiome in their abdomen. This discovery is from the biologists of the University of São Paulo in Brazil. The biologists found that Serratia marcescens (a type of bacteria) living in the abdomen of leafcutter ants are responsible for the pheromones. 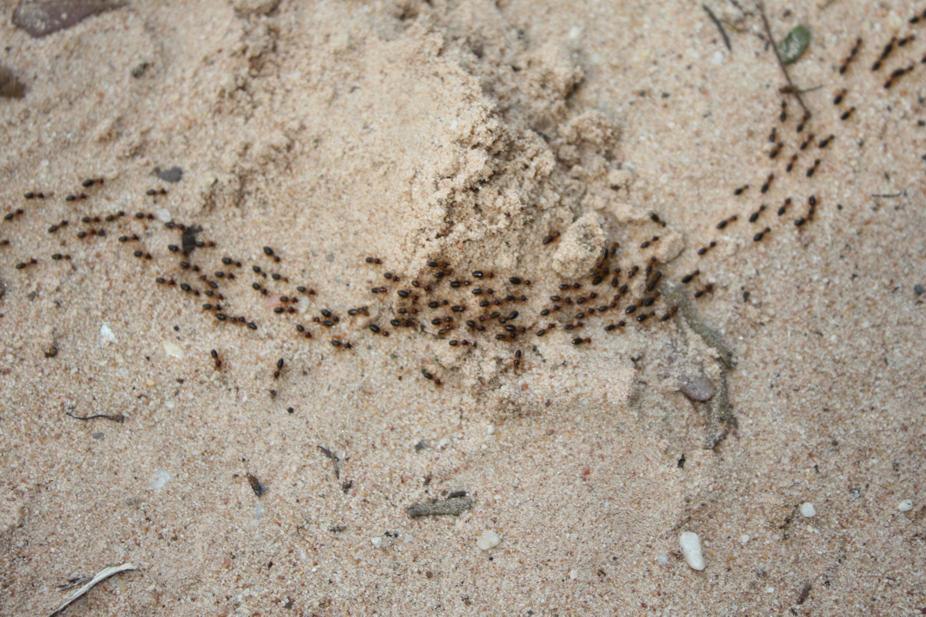 Ants Communicate With Each Other by Rubbing Their Antennae

Antennae of ants act as information receptors as well as a transmitter using which they communicate. It acts as two-way communication. This is one of the ways ants communicate with each. They rub their antennae against each other to transfer information. By rubbing their antennae with each other, information such as the location of food, resources, and predators are passed on. Ants also use the antennae to feel, touch and smell. This is why you often see ants touching each other’s head when they move about. You also get to see them touching their food before lifting. 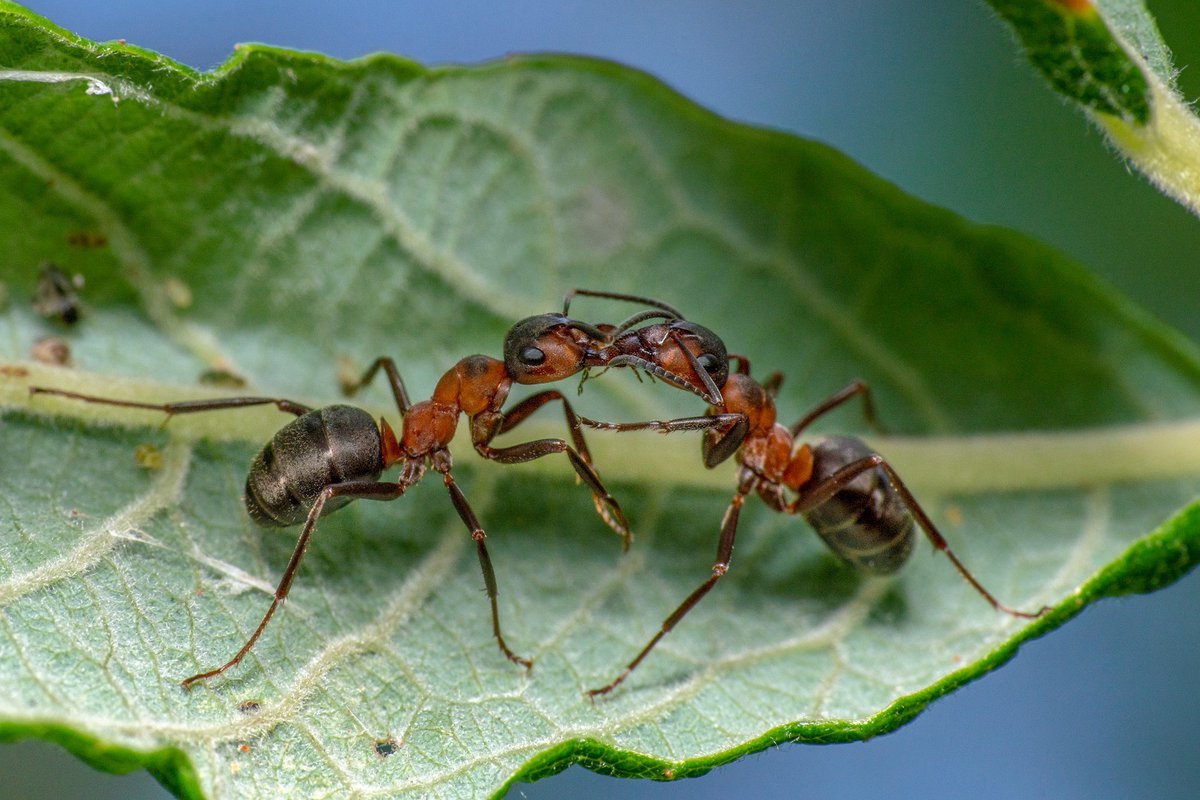 Leafcutter ants, found in the tropical rainforests of central and South America, are one of the most unique of all ant species. There are over 45 species of leafcutter ants in the world. They get their name because of their activity, which is cutting leaves. The workers spend all day in the forests, cutting the leaves of trees, which they then take back to their colony. The leaves are used as food to cultivate fungi, which people consume as food. These ants are able to lift 20 times their body weight and can cut through human skins. After human beings, they are the most complex animal societies on the planet. 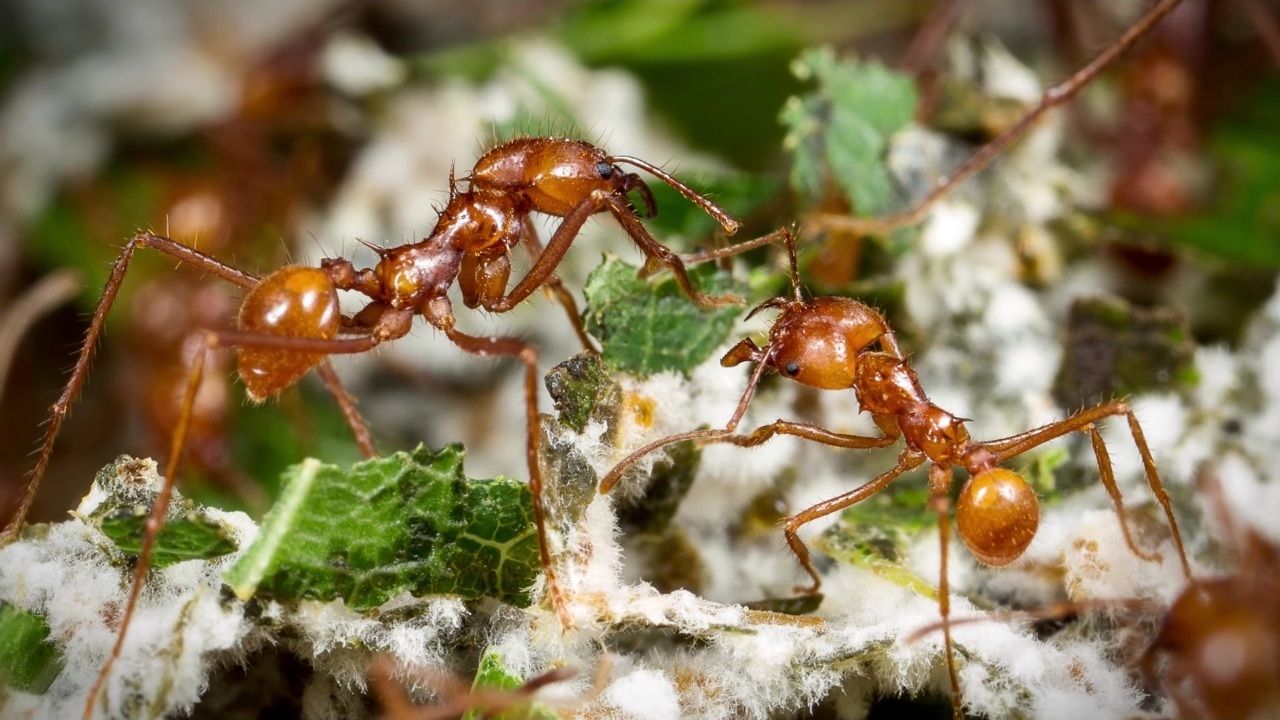