The list of 7 really expensive foods infused with gold. Edible gold has been known since the 16th century and used to decorate foods and drinks. Recently, it has found its way into the world of high end restaurants. Even though these food creations sound luxurious and delicious, they might hurt your wallet a little. Here are 7 most expensive foods made with real edible gold.

Golden sushi is considered to be one of the most expensive sushi dishes in the world. It holds the record by the Guinness Book of Records, the golden sushi costs $1800 a piece. The sushi chef who created the golden sushi, Angelito Araneta Jr, created it using extravagant ingredients such as Norwegian salmon, foie gras, wild saffron, and lastly pearls and diamonds that are sprinkled on top of each sushi piece. In place of the seaweed that wraps the sushi, the genius chef uses golden leaves. 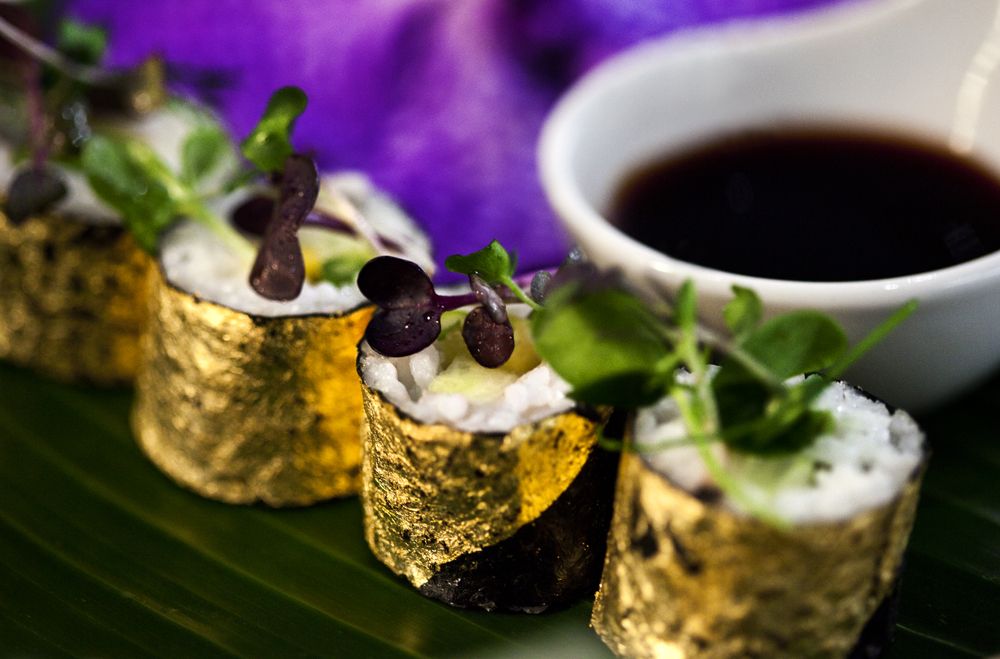 The mastermind behind the idea, Wesley Klein, said, “Bacon meets bakery. Their love child: Baconery.” If you’re craving the sweet chocolate and the savory bacon, you can buy the gold bacon online. 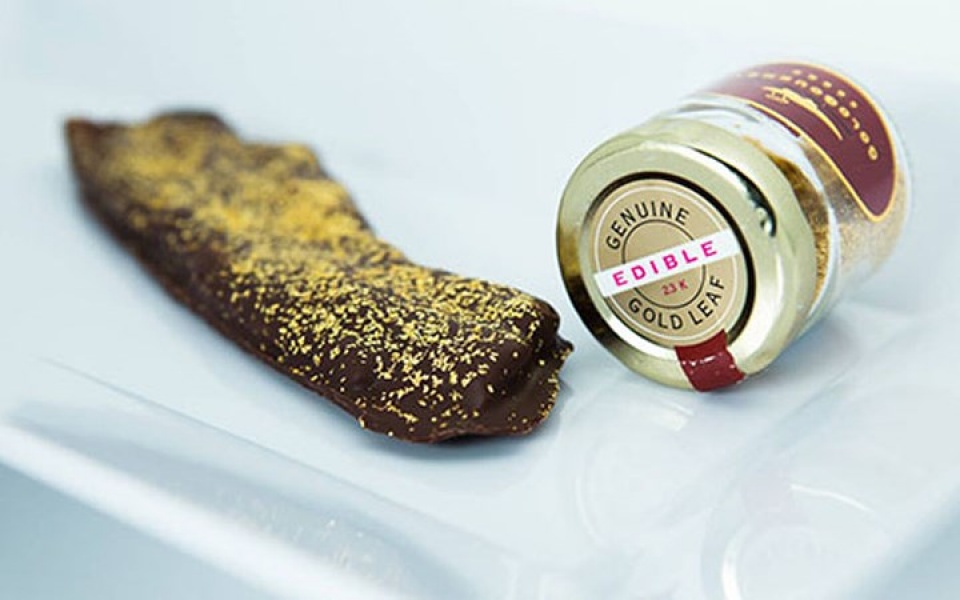 In a luxury fair for the world’s richest people, thirty bottles of Exousia were sold over the course of two evenings. According to a spokeswoman for the gold infused water, she said that most of the bottles were sold to Russians, who used it to make tea. 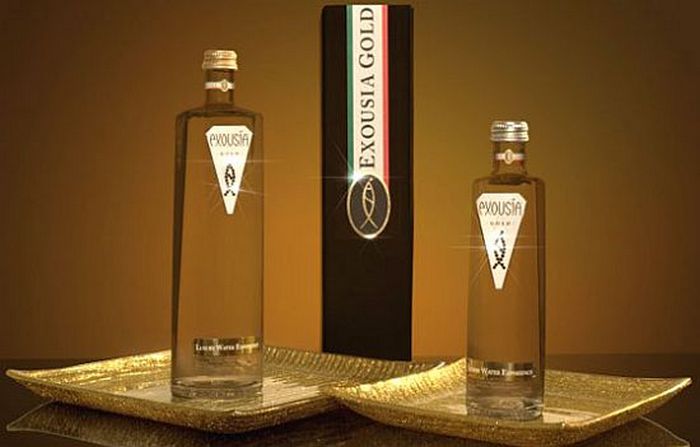 A food truck in New York might hold the record for the world’s most expensive truck burger. Priced at $666 a burger, it is made with the most expensive ingredients. The Kobe beef patty is wrapped in gold leaf, topped with foie gras, caviar, lobster, truffles and important gruyere cheese.

The owner of the truck which sells the burger, Franz Aliquo, stated that the burger might not taste good, but it will make you feel rich. 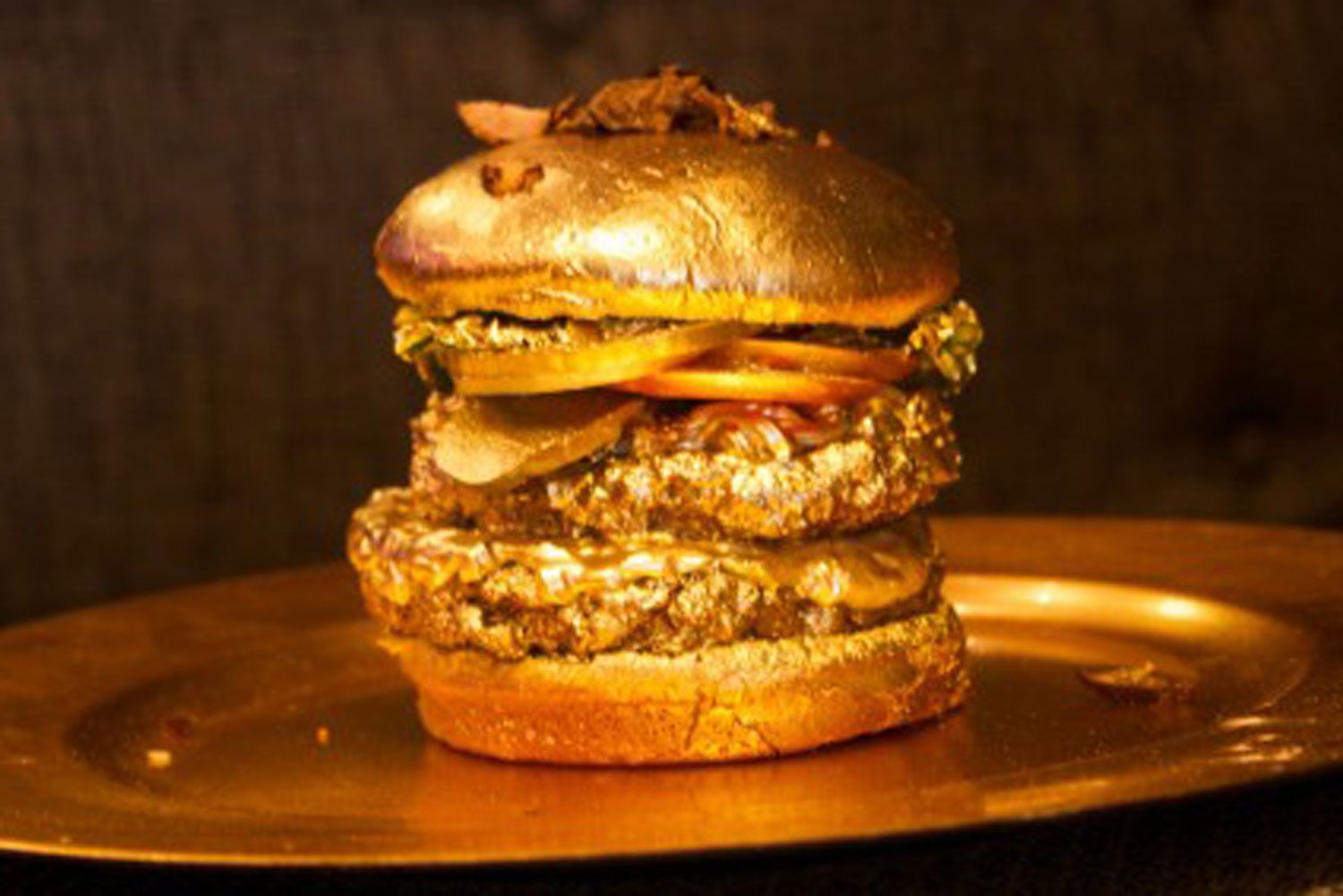 The diamond and gold lasagna was served at The Mirage Hotel and Casino in Las Vegas in 2014. This expensive lasagna is made with Kobe beef, foie gras, buffalo mozzarella, iberico ham, white diamond truffles and 23 karat gold leaf. It costs $100 per slice. 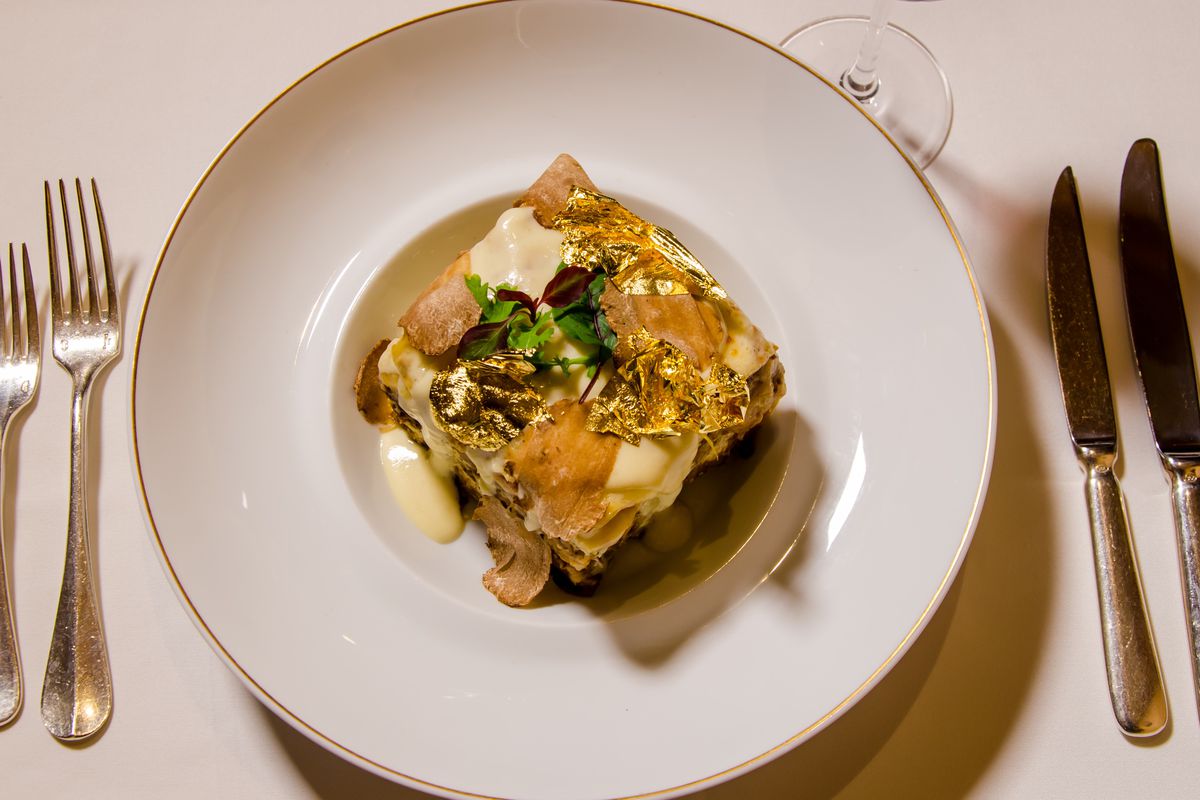 Chef Frank Tujague of The Westin New York hotel came up with the idea of creating a luxurious bagel, which is now called the $1000 bagel.

The bagel is made with white truffle cream cheese, which is also known as white gold and considered to be the second most expensive foods after caviar. It also consists of goji berry infuse Riesing jelly with golden flakes, and include an ice cream Sunday topped with 2 karat gold leaf. 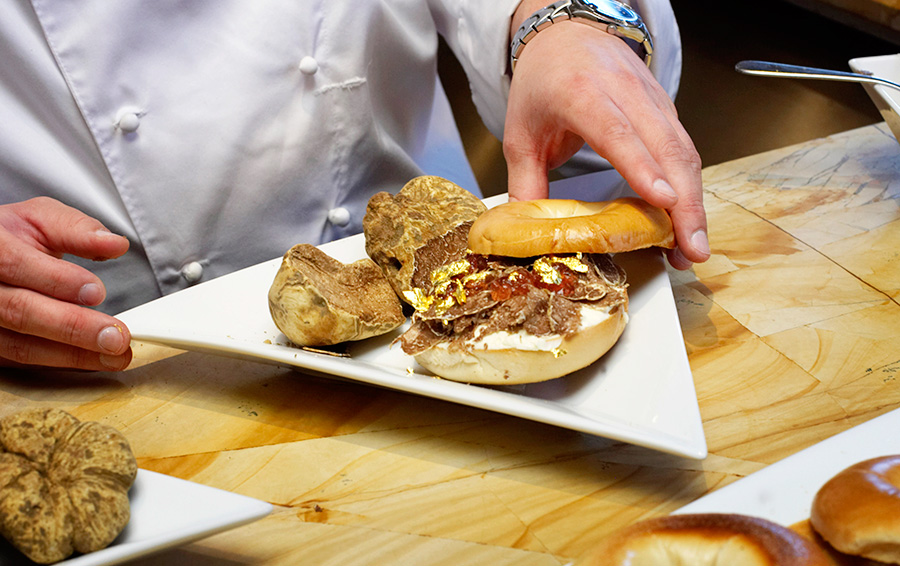 The $2000 Pizza, sold at The Industry Kitchen Restaurant in Manhattan, contains edible 24 karat gold strips and flakes which is the reason for its expensive price. Not only does it contain that, but also it has black squid ink crust, foie gras and truffles from France, Ossetra caviar and edible flowers. 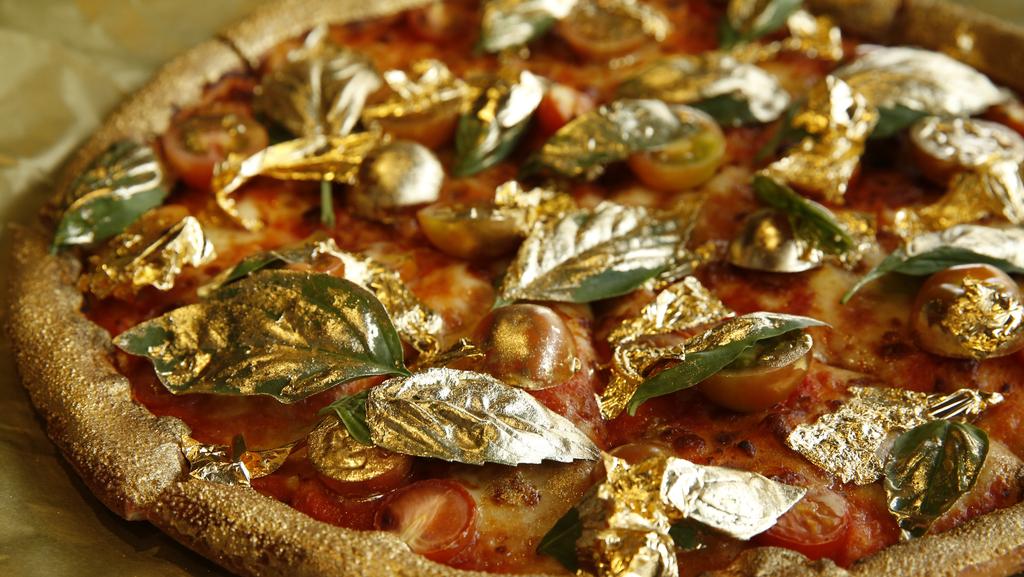